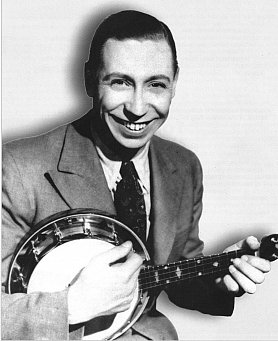 @LaboGoon strides toward the Palace for Sunday lunch

Arsenal is making the short trip to Selhurst Park to take on Crystal Palace with hopes of attaining another 3 points, another ‘W’, the business of the day.

The Gunners are purring under Unai Emery and haven’t dropped a single point since the second game of this season. Not only is there notable momentum but also a lot of enthusiasm in and around this team. Having won 11 in-a-row in all competitions, including seven consecutive PL victories… that buzz is understandable.

Trying to derail the streak will be a difficult task for the Eagles considering the clubs’ fortunes are of varying contrasts. Roy Hodgon’s team has won only one of their last eight Premier League games, that was away to Huddersfield on the 15th September and you must go to their opening fixture vs Fulham to find their only other victory. Since the 1st September they have scored two and conceded seven goals. With them goalless at home too the Palace faithful will be looking for an improvement as they are in for a bumpy ride with Chelsea, Spurs and Manutd to follow today’s game.

Scoring goals is the least of Unai’s concerns. In Lacazette and Aubameyang the club possess a one-two punch we’ve been lacking for years; if things don’t work out for the one the other pick up the slack, if both are on fire you end up with an attacking masterclass. If both can’t find the back of the net we have a good spread of goals amongst the rest of the squad for good measure.

What is a concern of Unai are 1) the slow start to games, here he emphasised the need for more urgency and responsibility from the players, and 2) still being too open at the back, with tougher games to follow soon he want us to show some defensive solidity if we want to continue breathing down the necks of the early log leaders. This shows an awareness of the areas which we need to improve on and taking steps to do so.

I’m not going to stick my neck out and say today will be a cakewalk, but the Gunners are in a rather bullish mood of late, so if it all clicks the Eagles could be in for a long afternoon, especially with their issues in front of goal.

PS: Pundits are questioning whether our winning streak against so-called lesser teams is a true reflection of where we are [looking at you Paul Merson]. While that remains subject to opinion, it’s results vs “the farmers” that will ultimately decide where we finish on the log at the end of the season. So today’s game is by no means less important than games vs top 6 opposition… and anybody that think otherwise can go kick rocks.