" … if you're a supporter of a club, you have to be, through thick, thin, laughter, smiles and tears" – Bob Wilson
81 Comments

Posted by ArsenalAndrew on September 15, 2018 in All Posts 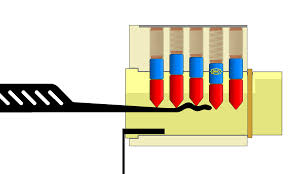 Newcastle have endured a grim start to this season, and sit in the bottom three with just one point to show for their efforts; hopefully Arsenal will add to their misery as we visit Tyneside this afternoon.

Good day one and all …

With a better start to the Premier League campaign than our hosts, we found good form in attack to score eight goals in our last three outings. Gunner-in-chief Unai Emery will be hoping that’s not impeded by the international break as we look to build on that momentum to string together a run of three consecutive wins.

Easier said than done though.  For all the Magpies’ uninspiredness they are a very stubborn side that don’t just roll over. Rafael Benitez knows the value of every single point and usually sets his team up to play a deep defensive line, looking to exploit gaps on the counter. And if it don’t open up he won’t go search for it either because he’s more than happy to rather frustrate you and scrap for a draw; and today won’t be any different.

With our attack being the key to victories, Lacazette could again lead the line to make sure Rafa doesn’t get any ideas. He embraced a similar challenge last outing on his first start by producing a match-winning performance and combined well with Auba to open both their goal accounts. Since Auba signed for Arsenal him and Lacazette have shared a mere 471 minutes together on the pitch, in that time they scored 11 and assisted 5 goals between them. So there’s a good argument that we would be better off utilizing this immense firepower week in, week out. They share great chemistry on and off the pitch and given our defensive issues they may well be an ideal antidote.

We still need to get a lock on the back door though before it gets observed as a weakness to be exploited.

Some are of the opinion that Lucas Torreira may be that bolt. He impressed in his cameo appearances by adding a different level of composure to a midfield that got found out to be too open, too often. So to utilise him best one can’t help to think he needs to play more.

This past week there has been a lot of “sweating” going on over his fitness after picking up a knock on duty for Uruguay, but he is available and it will be interesting to see if Unai, who is yet to find his best matchday XI, gives him the nod.

That said, given the concerns about our tendency to make sloppy mistakes at the back, some think Newcastle may sneak a goal and defend it with their lives …

However, if we keep our presence of mind, wisdom will prevail.

There has been plenty of signs of promise and I don’t doubt that once our defence match our attack there is greatness waiting to be unlocked in this team.

It’s Liverpool vs Spurs in the curtain-raiser and we know what that means right?

Arsenal has a good chance to gain ground on some of the early pace setters.

← Arsenal: All Change No Change
Arsenal Taking Goals To Newcastle →

81 comments on “Arsenal: Going To Newcastle With Lock Pickers”