" … if you're a supporter of a club, you have to be, through thick, thin, laughter, smiles and tears" – Bob Wilson
38 Comments 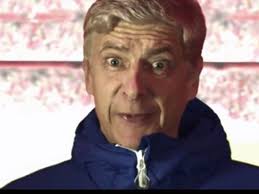 @GoonerReverend puts his head above the parapet

We won’t be taking It to the Max

There is a lot of talk about the succession at Arsenal. Wenger has supposedly signed his last contract and will be departing the Arsenal shores in May 2019. The King is dead long live the King. Arsenal fans as with everything are divided on the subject of Wenger and a possible new manager. On one hand you have the loyalist a supposed band of deluded, out of touch and mentally backwards supporters desperate to see Wenger re-instated no matter what the cost. On the other side of the coin you have the self-titled ‘enlightened ones’ the intellegensia of the Arsenal fan base who have every answer to every question regarding the running of the Arsenal football club no matter what their true station is in life.

This of course makes for fascinating back copy on the ongoing saga that is the Arsenal football club. Like Jason and his Argonauts some believe that by simply vanquishing the old zipper failure and replacing him with either Massimiliano Allegri or Leonardo Jardim it will immediately cure all of Arsenal problems. In turn the ever-present fan dissatisfaction will be swept aside in big Moses style and we will instantly be in the mix to win the Premier League and Champions League titles. Other less devout outers maintain once the current dictator has been removed from power and the Arsenal board do the most un-Arsenal board thing ever and appoint a world class manager with a bottomless pit of check book moolah he will still need time to settle in to the demands of the Premier League and more importantly fix all of the major issues at the club caused by that destroyer of football clubs Arsene Wenger. Loyalists argue that if Wenger is in fact so inept and clueless then any manger should be able to come in and immediately improve Arsenal’s current position winning both the PL & CL at a canter. The truth is somewhat different to what some of the more radical fans on both sides believe. We have all seen the recent comings and goings in the backroom at Arsenal which many of the more astute observers believe is the start of the succession planning for when Arsenal’s greatest ever manager finally hangs up his sleeping bag coat & moves on to National team football. The PL is littered with the wreckage of former managerial flavours of the month who have one good season and then are sacked the next term without as much as a bye your leave only to try and resurrect their careers at a lesser club and in lesser league. The hardest thing to maintain in the PL is consistency, just ask Moyes, Van Gael, Koeman and Laudrup etc: 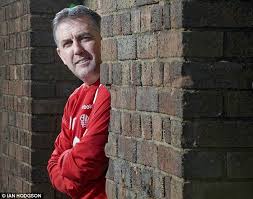 Remember those halcyon days when Owen Coyle was the saviour of Burnley and then moved up to Bolton and some Arsenal fans were calling for him to take over from Wenger just before he got Bolton relegated and then disappeared from the scene as most favoured son. In fact, our wonderful fans switch from one flavour of the month to the next as easy as you might when choosing between a cappuccino or latte at your local coffee shop. Now I’m not accusing some of our more easily influenced fan base of being fickle but you have to laugh at some of the more recent suggestions regarding the type of new manager we should be looking for. I am of course referring to those 2 beacons of football enlightenment Mauricio Pochettino manager of Power shift Utd and Marco Silva manager of Cajones FC. These two managers are glorious examples of fan fickledom and if they could only live up to the hype then maybe they would be in with a shout but likely as not they might not be in their current positions next season such is the demand for stability in the PL these days. Now I know that we are a club in crisis and that our manager and board could not run a piss up in a brewery. There are far more intelligent and qualified people both in the press and on social media who could easily turn Arsenal’s current squad in to world beaters if only someone would listen to them. Just ask the Daily Mirror’s John Cross, he has all the answers as does that beacon of truth Piers Morgan. ‘Friends, countrymen & Arsenal fans lend me your ears’.

Common sense and the history of decision making by the Arsenal powers that be should tell us all that Arsenal will not be appointing an Allegri, Simeone or Jardim as the next Arsenal manager because that is simply not who we are or what we do. If we were playing managerial poker then I’ll raise you a Dyche or van Bronkhorst over your Allegri or Jardim and id win because we are a bigger chance of appointing a manager like Sean Dyche, Giovanni van Bronkhorst or Eddie Howe than we are some big-name coach from Juventus, Atletico or Monaco. I am certainly not saying that the trio of Dyche, van Bronkhorst and Howe are the only ones in the mix what I am saying is this is the type of manager Arsenal will look at as a replacement for Wenger. The structure at Arsenal throughout our history has been about stability. Ever since our 1st permanent manager Thomas Mitchel was appointed in 1897 we have only had 21 permanent managers in 120 years with one unknown taking charge for a few months in 1898, Steve Burtenshaw taking charge for a few months in 1986 and Stewart Houston and Pat Rice taking the reins for a couple of months in 1996. If you take out Wenger’s current tenure that’s an average of almost 5 years per manager in just under 100 years of football and not 1 big managerial name amongst them. Based on current statistics the PL manager lasts an average of 2 years and 7 days in the job so based on all of this data what makes Arsenal fans think that AFC PLC is suddenly going to change a 120 years of modus operandi just because a group of fans are screaming for it on their YouTube channel. ‘It isn’t going to happen’. The Arsenal board will select someone like a van Bronkhorst or Eddie Howe because they believe he will embody everything they believe in regarding the running of the football side of the club.

They will want a manager that is level headed and not over emotional or temperamental. In short, they won’t want someone who is hard to deal with like a Conte or Mourinho and who will not cause unnecessary chaos and trouble for the club and they certainly won’t be spending half a billion pounds on new players either. Whether you like or not or even believe it the traditions at Arsenal are set in stone and are the foundation of the running of the club. Even though the ownership and board have changed significantly over the years these founding principles have not and are not likely too either so you can run your social media campaigns and hold up your bits of A4 at the ground or even froth at the mouth in inarticulate rage on YouTube but I think you can take it to the bank that we won’t be taking it to the Max we will in fact be doing what we always do and that is playing it safe.

38 comments on “Arsenal: Mentioned in Despatches”