" … if you're a supporter of a club, you have to be, through thick, thin, laughter, smiles and tears" – Bob Wilson
118 Comments

Arsenal: The Winner Takes it All 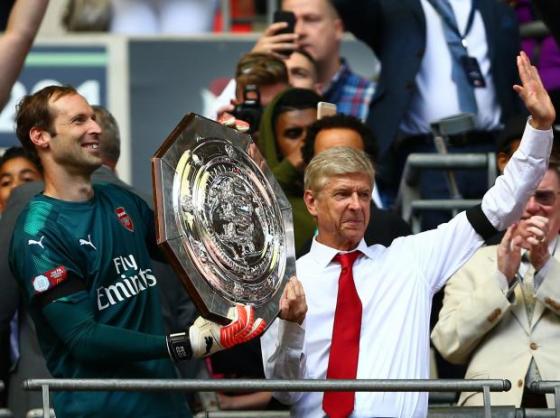 Good morning Positive Arsenal fans and welcome to the 2017/2018 season,

I trust you all thoroughly enjoyed yesterday’s game from Wembley, a contest that swayed from end to end but which I thought the deserved winners emerged?  The result was not quite as comprehensive as in May but I recognise that we were without certainly 4-5, arguably 6 first team starters yesterday so we can be excused a little less than pure clockwork movement in the win.

I reckon we had about 75% control of the game. Our only dodgy phase came after Per was injured and we lost our momentum. When we were after the equaliser CFC spent long periods pinned in their final third and not able to get the ball away. Rather impressive on our part I thought.

Of our lads I thought Iwobi continued his sparkling pre season form and his tricky footwork and running AT the Chelsea back line resulted in an uncomfortable afternoon for our opponents. If you can get AT Luiz and Cahill then they will crack. Stay fit young man and you will have 40 games this season.

Granit earned the man of the match award and he and Mo moved the ball quickly and accurately. As in the Cup Final our midfield imposed control over the Blues for most of the 90 minutes.

Top prize this week goes to Nacho however for a commanding performance in the centre of the back three after Per went off. The Spaniard organised Sead and Rob efficiently, and despite the fact he is not a tall player was never, as far as I can recall, beaten in the air all afternoon. His aerial success came not by the application of brute force and flying elbows, but of reading the game and anticipating the arrival of the ball a split second earlier. Nacho really is a very good defender, and at 31 years old, ( 32 in February) he has 15 years of accumulated wisdom. He has not ever in his AFC career, been prone to fitness problems or suffered a serious injury. Moving to a centre back slot may well extend his Arsenal career by a season or two. I hope so.

The rest of our lads I thought did well, Hector still looking a little rusty, the OX good in parts and a bit clumsy at other times, Alexandre in and out of the game. Overall though I’d give them a collective 7/10.

Of our opponents ? Not very impressive. Not sure why Pedro was playing given he had his mask on to protect four facial “fractures” sustained less than three weeks ago. Are Chelsea really that short of players ? At the game it was far from clear why the Spaniard had been sent off from where I was sitting. Something was clearly “up” because Conte was yelping in the 4th officials ear to try and get him substituted ad the stretcher was brought to pitchside. Looking at it again on the box it was a straight red card and fair play to Mr Madeley. Alvaro Morata after 75 minutes ! What was that about?

And finally, at the insistence of my daughter, a picture of Positively Arsenal’s newest reader, Nelson.

118 comments on “Arsenal: The Winner Takes it All”