" … if you're a supporter of a club, you have to be, through thick, thin, laughter, smiles and tears" – Bob Wilson
223 Comments 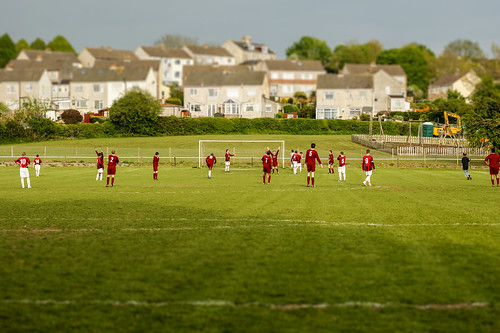 A rubber match isn’t, as the casual reader might suppose, an extremely poorly designed item for lighting one’s pipe. It is in fact (according to Wiktionary) “A sporting event at the end of a series in which the opponents are tied in terms of events won and lost.”

Hence we have the term ‘dead rubber’ coined to indicate the antithesis of this phenomenon. This, many would argue, is the appropriate term to apply to tonight’s fixture between Bayern Munich and Arsenal.

With the first half of the tie so effectively settled in favour of the German side there appears little point in getting overly excited about the return leg. It’s an argument with which it’s difficult to argue. Especially when one factors in the awful run of form Arsenal is trying its best to overcome.

I’m not going to attempt to sugar coat it, the side is shorn of confidence, making poor decisions all over the pitch and playing as if they expect to lose. It is never a particularly edifying sight watching your favourite team struggling like this, and I’m not interested in any of the excuses I’m sure are being bandied around.

The current malaise is almost certainly temporary, the players are not suddenly incapable merely because collectively they cannot find their feet. The amount of poor decisions on the pitch against Liverpool had me shaking my head and tutting in a manner seldom seen in Wesley Avenue on a match day. I know this comes as a shock to you, but yes, even the most positive among us is capable of sighing heavily from time to time.

I think what upset me most was not so much the hurried wayward passing as the amount of times the poorly executed pass was played directly into the danger zone, precisely where Liverpool would have wanted it, usually to a man heavily marked or on the back foot and without support. This was as much the fault of the players off the ball not moving to decent positions as it was the hapless attempts to find them with a bad pass.

Taken together it added up to a shaky, panicked display from a bunch of bewildered sportsmen struggling to understand why that which they usually find comes as second nature was suddenly so difficult.

How can the squad possibly do the improbable against one of the best teams in Europe? How indeed. Perhaps it would be more realistic to hope they begin to turn the tide. Put in a more coherent display, gradually turn the ship around and get themselves in the frame of mind to make a decent fist of the run in and the remaining FA Cup fixtures.

I had a sense that this was the plan at Anfield. Sit back and defend, draw if necessary but hope to hit on the break. Build a run of unbeaten results to get the engine running smoothly again. That would have made sense but of course team sport is a capricious beast and one cannot always steer it the way one might hope. The opposition, for example, will have a part to play in proceedings.

So what is left? Well, might I suggest that perhaps the only thing left tonight is the only thing that ever really mattered anyway? A game of football. An hour and a half of entertainment for the devotee both in the stadium and on the couch. Strip away the hyperbole and false analogies with armed conflict, remove the ridiculous media fuelled scandal and razzmatazz and what you have left is a football match.

Dead rubber or not if you are genuinely a fan of the sport you ought to able to enjoy the contest, the individual moments of improvisation and skill and the occasion itself. If not, if the match in and of itself isn’t enough for you and results are really all that matters then the final league table is widely published every May, you could spare yourself the weekly anguish and just glance at that.

← How To Trash Arsene Wenger’s Legacy
Arsenal: No comets seen →

223 comments on “Arsenal Versus Bayern”