" … if you're a supporter of a club, you have to be, through thick, thin, laughter, smiles and tears" – Bob Wilson
135 Comments

Arsenal Versus Bayern: Be A Lady Tonight 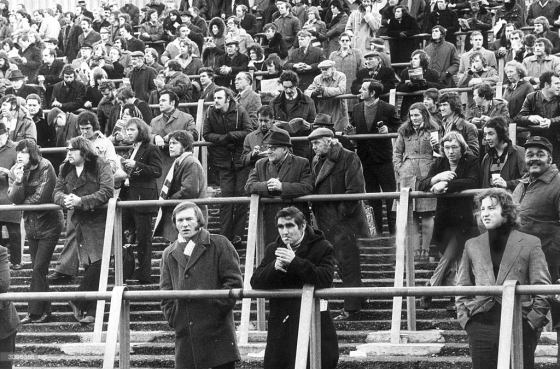 Ever since Mills explained to us all how the concept of luck is one we ought to abandon I have attempted to remove it from the arsenal of verbiage which I bring to bear on these pages. The problem I’ve discovered is, as with all proscribed words, one simply finds new ways to say the same thing. As much as we can philosophically and logically dismiss the very existence of fortune we still perceive it weaving an arbitrary thread through our lives.

Allow me one illustration if you will. As I sit and write these words I am listening to the rain coming down in a steady, relentless effusion. This downpour was just getting into its stride as my daughter and I crossed the threshold of her driveway having taken our dogs on their morning constitutional. We had walked for the best part of an hour in unseasonally warm and above all dry conditions and agreed that we had dodged a bullet, been, if you will, extraordinarily lucky.

Yesterday evening, coming home from a valiant attempt to present a radio show through a stifling head cold, I wondered at the hand fortune has dealt Arsène this season. The brickbats he has received in the past for finishing second in the group stages of the Champion’s League have been as hysterical as they have been unwarranted. The simple fact is you have to beat some good teams to win any cup competition regardless of when you meet them.

So this season he delivers the first place finish demanded of him by the snotty nosed ingrates among his ‘fan’ base and what happens? The runners up in his group go on to meet the mighty Barcelona who, on last night’s evidence at least, appear a mere shadow of their former mighty selves. The one year when finishing second and facing the Catalans might have been a desirable outcome he has the rank bad luck to steer his side to a two legged tie with the wholly more efficient German champions.

Let’s pull no punches we have not been in the best form of late. As ever injuries and international duties have created instability at the heart of the midfield, these, combined with Xhaka’s suspensions are, I would hazard, at the root of our problems. We have, in spite of these issues, managed to grind out enough results to keep us in contention but against the real form team were found wanting.

So what does this all mean for tonight’s game? Clearly we can’t rely on luck but it would be nice and indeed useful to catch a few breaks this evening. We’re playing one of the tournament favourites at their own ground whence very few foreign teams return victorious. Bayern have, in their last five matches conceded only one goal and scored eleven. No one is underestimating the scale of the hill we need to climb tonight.

So let’s look on the positive side. They can be beaten. Dortmund, Rostov and both the Madrid sides have done so this season. Arsenal has beaten them in this very competition and in Munich to boot. Olivier Giroud scores against Manuel Neuer for fun. When facing two legged tie I always feel happier playing away from home in the first match. Come back with a goal and then a draw or a narrow defeat is anything but a disaster.

Whatever happens banish all thoughts that it might have been us thrashing Barcelona last night and remember that this is only the preliminary. Nothing will be decided after the final whistle, we shall be at half time with everything still to play for on March the seventh.

Above all remember that no matter how unconvincing we’ve been in the league recently we still possess some of the finest players in the world and one of if not the finest manager in the world. No one gave us a chance in any of the great historic European nights in our history so why should we pay any attention to the negative ninnies who write us off before a ball has even been kicked? Remember these are the same voices who predicted with total confidence that we had blown our chance of topping the group in the first place. They were wrong then and they can be wrong again tonight.

If you are travelling to München or have already arrived then may I recommend the Augustiner Keller which can be a whole lot of fun even in the cold weather. If like me you can’t manage to get away to watch the match in person then you can always recreate the atmosphere by having your family members dress in shorts and braces and splash you with Weihenstephaner Hefe Weissebier while delivering a lusty chorus of Hände zum Himmel. If nothing else it might drown out or at least distract you from the awful commentary in which BT Sport so prides itself.

Wherever and however you are watching I hope you have an enjoyable experience and that the result sets us up for an exciting second leg. My prediction is a three nil away win with Ospina saving a penalty and Giroud scoring all three goals. Whatever the score though, I won’t be unhappy to see a return to ‘Lucky Arsenal’ in tomorrow’s headlines. Has a certain ring to it don’t you think?

135 comments on “Arsenal Versus Bayern: Be A Lady Tonight”