" … if you're a supporter of a club, you have to be, through thick, thin, laughter, smiles and tears" – Bob Wilson
172 Comments

Arsenal Versus Swansea: On The Tip Of The Tongue Of The Year 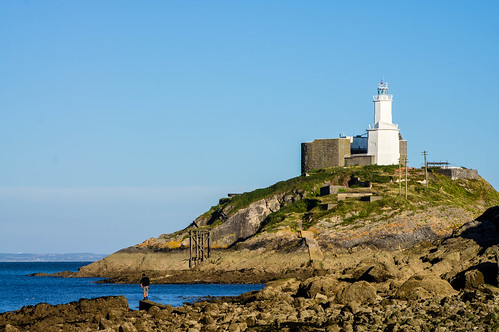 When I saw the pictures of the Arsenal training in wintry snow ahead of today’s trip to Swansea I confess to harbouring a certain sympathy for them. As my Scottish uncle used to say to me that snell wind makes everone fair jeelit. The sympathy has evaporated this morning as I sit in my frozen writing shed stabbing with numb fingers at my frost hardened Smith-Corona. But on I plough.

It wasn’t only compassion which moved in my breast at the sight of poor Danny Welbeck muffled in his muffler. I also felt a twang of envy. You see I rather like the town of Swansea and I was a little jealous of the players and fans who will get to visit today. I should imagine the beach at Rhossili will be a bit parky this weekend so I doubt a trip to the Gower is on the cards, but I do urge you to make a weekend of it if you are travelling and at least have a little tour.

Swansea City FC, we are told, has done much to put the ‘ugly, lovely town’ on the map. Since their ascendency to the higher reaches they’ve earned plaudits for playing the game as many of us like to see it played. A fashionable football team allied with a popular university can encourage an enlightened view of what had previously been regarded as a somewhat grim industrial setting.

Sadly the Swans have been struggling of late. I’ll leave you to decide whether the managerial merry go round in which they’ve indulged themselves has been cause or effect of this unwelcome downturn in  their fortunes. Personally I think it is always a mistake in life to panic, to chop and change when things are going badly.

An unfashionable view in a footballing world where many seem to crave change simply for the sake of change itself. I can only assume that decades of consumer culture, of an economy built on endless growth, demands we throw away and replace at every opportunity. This is not the road to happiness, merely the endless dissatisfaction of the spoilt child given too much, too often.

So while I am grateful for any advantage to the team I support I am also saddened to see one of the few smaller clubs to actually beat us by coming and out playing football going through hard times. I believe the league is improved by keeping the good guys and losing the dross and not the other way around.

Improvement of the league isn’t the concern of most of you, I know this. All that matters is three points and that is of course your prerogative. Just as it is the prerogative of those who take a more holistic view to want to be part of a culture of excellence rather than a lowest common denominator tactical dirge, which, if given too much rope, will strangle the golden goose as audiences eventually tire and turn away.

So Swansea are all at sea and should be there for the taking. Surely an away win is such a guaranteed result that there is no point in even watching. Just go bung a tenner on us at the bookies and collect your one pence winnings at ten to five. Well perhaps. Perhaps if you’d never watched a season of football from start to finish. Maybe this is your reality. In my reality teams who are struggling need to be put to the sword a little before their fragile confidence is exposed.

Concede an unlucky goal such as that fortuitous, bobbling, pinball series of deflections which gifted Preston the lead the other day and that fragile confidence will cease to be a factor. A team in decline can still surprise you and we will need to be sharp and up to the scratch from the moment Mr Jones emits his primary peep.

What of the teams? Swansea will be without Neil Taylor after having his cheekbone broken in training on Wednesday. I don’t know much about the estimable Mr Taylor but as he played every minute of the Welsh teams heroic failure in the Euros I’m sure Kelly, our resident Cymru expert, can fill us in on the details. Losing a first choice international full back against an Arsenal team rightly famed for their fast, wide attacking game cannot be a good thing.

They will also be missing Jefferson Antonio Montero Vite who is one player and not four as you might think. He is a fast and dangerous wingers and one that the home team will surely miss. Talking of flyers we still see no sign of Theo nor of Hector and I am just beginning to worry that Theo’s small, irrelevant, only keeping him out as a precaution, niggle might be turning into something more significant. It is a mark of the quality in our squad that we can miss these two hugely important players and still approach any fixture with confidence.

Given Gabriel’s flawless understudy shift when Hector first joined the sick list and seeing just what a player Arsène signed in Lucas Perez I don’t think we need to be overly concerned. Of course we want our first choice players fit and healthy but Perez in particular excites me and so I’ll be happy to see him step up in Theo’s absence.

With Danny back and raring to go we have a superfluity of striking options which ought to make us blush. Sanchez and Giroud are in stunning scoring form, Mesut has also stepped up in front of goal this season and we all know the boy Iwobi can find the net when the fancy takes him. Add to that the goals Aaron can get us running from midfield and the Swansea defence ought to be in for a trying time this afternoon.

I shan’t be watching with you today as I have been thoroughly duped by my ever resourceful wife into attending what I’d assumed was an evening event but transpires to start at three and finish at seven thirty. That will teach me not to listen when I’m trying to concentrate on Doom Three Hell On Earth. Lesson learned. Press pause and get all of the details before saying yes to anything.

If you are lucky enough to be in beautiful South Wales today then wrap up warm and should you bump into me at Longleat’s Festival Of Lights don’t tell me the score, it wouldn’t enhance our friendship.

← An Open Letter to The Arsenal 1st Team
Arsenal : Rumble in the Mumbles →

172 comments on “Arsenal Versus Swansea: On The Tip Of The Tongue Of The Year”