Arsenal Versus Man City: Rage, Rage Against the Dying Of The Light 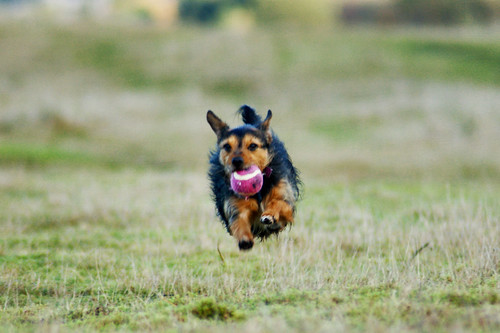 The frenzy which greeted our defeat on Wednesday night was enough to put any reasonable person off the game for life. I steered clear of the blood letting and the bed wetting because I knew my masters would be cracking the whip and expecting the minimum word count from me this morning. Had I indulged in the orgiastic, self harming, feeding frenzy I know I couldn’t have faced the blog, the match or any of the silly over blown circus ever again.

The way we turn in on ourselves when we have no way of lashing outwards reminds me of my dogs. They spend their days on a giant cushion under the desk at which I am sat. They divide their time between snoozing and cat watch. If a moggie dare shows its face in the back garden they attack the glass conservatory panel with all the impotent fury of a driver giving the finger to the fast disappearing rear lights of a BMW which had dared to overtake.

Once the offending puss has strolled from view with a nonchalant disregard for the distant canine rage the dogs, by now beyond the point of reason, invariably turn on one another and snap and snarl and generally clash teeth and share a lot of drool. Occasionally fur flies but without exception they will eventually settle into their former state, carefully scrutinizing the lawn and fence posts for feline incursions.

I have done the self same thing. I can’t shout at the ref or opposition players, the only football fans I follow are Arsenal fans and the only Arsenal fans I follow are the positive realists. So who else do I have to sink my canines into? Once I’d seen the clear parallel with the dopey mutts beneath my desk I knew it had to stop. So after Wednesday I just faded Cheshire Cat like into the background with nothing but the faint glow of a snarl to betray my presence.

The only thing I can see to do after a defeat is look forward to the next match. The idea of fans falling out with one another over their opinions on our tactical shortcomings is too laughable for words. What on earth do they think their ideas count for? Who with any influence over the players will ever know or care what you or I think about Xhaka’s positional play or whether Walcott’s runs are exploited by his team mates? Who gives a damn what we think? No one who matters, no one with the power to effect practical change.

So I looked forward and closed my eyes and ears to the bellyaching. I looked forward to the next match and for once the fates were kind to us. Ideally we would have played Chelsea but Man City or Liverpool would do. Playing against our direct rivals is the perfect fixture following a defeat. It is a game of such significance as to wipe the memory of an Everton away day clean from the mind. It is, in the popular slang, a six pointer. We have the opportunity to record a famous victory which will make all the histrionics over the Goodison result seem silly in comparison.

Unless of course you believe that we have already fallen too far off the pace and are doomed to watch yet another rival lift the trophy in May. In which case surely you must approach every game in a thoroughly relaxed frame of mind. If it’s already too late to achieve anything positive then we are playing for fun and you can shrug off any loss and chuckle at every win. With nothing riding on the match you have nothing to get het up about have you?

In sport as in life it is vital that we taste the pain of defeat. The bitterness should insult the tongue. It is this experience alone which lends victory its unique piquancy. Should we bring home the three points this afternoon it will be all the sweeter for the context of our midweek disappointment.

Win, lose or draw I just wish there was some way for football fans to rediscover a little equilibrium. It isn’t your career on the line, you are no more invested in this than a bird watcher is in a falcon’s egg. Sure it’s disappointing if the chick gets so far only to fall from the nest, but you get to pack up your binoculars and go home for your tea don’t you? You can stand there and shout at the tiercel for choosing an inadequate nest site if it would make you feel better but really the best you can hope to achieve is attracting strange looks from that nice lady with the RSPB badge on her hat.

The problem with us football fans is we think we’re special. We think our hobby more important than others and that we therefore have a peculiar dispensation to behave like complete pricks when things don’t go our way. It’s chastening to get to fifty three years old and realise that for the last forty six years I have been deluding myself in this as in so many other aspects of my life.

← Arsenal: Bound upon a wheel of Fire
Arsenal: Dial M for Meltdown →

94 comments on “Arsenal Versus Man City: Rage, Rage Against the Dying Of The Light”