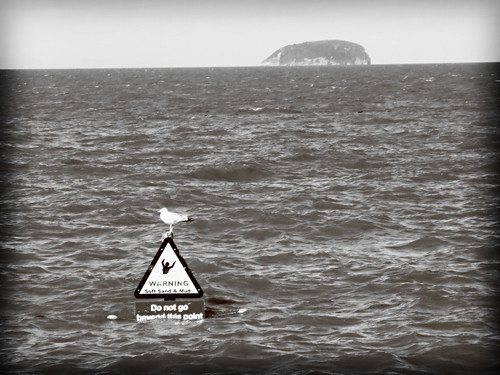 I was listening to BBC Somerset on the car radio yesterday. Not proud of it, obviously, but Radio 4 had decided to lead with Nigel Farage and I didn’t want him in the Hyundai with me so had switched channels in haste. They were interviewing some poor beleaguered soul from the Environment Agency or National Rivers Authority  (an NRA I think we could all get behind) as people of my generation know and think of it. The subject was flooding. It’s a popular pastime in parts of Somerset, most notably on flood plains where rivers have expanded from time immemorial regardless of whether someone had built a house there or not.

“Don’t you think you were being a little hasty, unfair perhaps, had no grounds to yell?” these were perhaps obvious questions. “Yeah well maybe – but I got a right to an I?” came back the farmer with the kind of snappy repartee which has earned my home county a well deserved reputation for breeding great thinkers.

I can’t help feeling that farmer summed up much that is awry in our society and many of those who purport, at least, to support Arsenal. If they moan and yell abuse and complain with no obvious rhyme, reason or rationale, they almost certainly feel they are doing so because they have a right to. Now, no one wants to live in a society where one cannot complain, of course not, that system has been tried in many countries and has always been found wanting by its citizens. But the way our players and manager get treated just so these people can exercise their ‘rights’ is shocking.

As we ponder the senseless scapegoating of one of the best players the club has ever had, one of the other whipping boys of the Arsenal online family has seen his stock actually rise this week. Buoyed up by his decisive intervention at Old Trafford, Olivier Giroud was, at least at one stage, leading a poll of Arsenal Twitter followers as to who ought to open the batting against PSG this evening.

Part of me wants to rejoice that at long long last one of my favourite players is receiving the recognition he deserves. However a much bigger part of me dismisses such fair weather friendery for the fickle, false and febrile baloney it surely is. In fact suddenly liking a player for doing what he has always done just because he saved you getting a roasting from your Man United supporting pals in whichever asylum you are confined is not supporting at all. Not in my book.

Larry deserved everyone’s backing from day one and needed it most when things were not going his way. Moaning about Aaron while simultaneously clamouring for our Gallic heartthrob to lead the line again is a symptom of an unbalanced mind not of a person coming to their senses. It is the very act of scapegoating players, of leaping on bandwagons of disrespect and abuse the moment one rolls past you, that is the problem.

You can’t chop and change from game to game and expect things to always go well. Football doesn’t work like that. Are we supposed to think Alex Oxlade-Chamberlain is a hero now because of one cross, just like he should never have played for us again after a couple of miss hit passes in his previous game?

Thank goodness we have a manager able to withstand such capricious whimsy when it comes to team selection. Of course if a player is in form he deserves a run in the team. He also, I would argue, deserves to maintain his place if that form tails off a little. Surely his morale would only be improved by such a show of faith from his manager. It wouldn’t kill us perhaps as supporters to show a similar faith in the people we claim to be supporting.

I know I’m encroaching heavily on Kelly’s piece from Sunday evening but we here at Positively Arsenal are often motivated by similar emotions and really all I’m doing is extending her defence of Aaron to all of our players. We should be disappointed for them and not in them when things don’t go well, we should have their back and not get on their backs when they are struggling and above all we should stop, as Shotta pointed out, being such cry babies and realise that we have little right to celebrate the good times if we weren’t there for the team during the bad times.

Right, that’s better, now lets have a look at tonight’s match. Paris St Germain are on a fine run  at present. Unbeaten in five they’ve won their previous four only conceding once in those five games. Like Arsenal they’ve amassed an impressive ten points in a  Champion’s League group which shows an emphatic gap between the top two teams and the also rans. Billed as a decider to see who tops the group tonight’s match won’t necessarily be all that decisive as both sides have another game to play on December 6th.

It is hard to say if finishing first will guarantee an easier fixture in the next round with this year’s competition throwing up some curious results. Overwhelming favourites to lift the trophy this season and everybody’s most cherished team, Spurs, won’t even be seeing the knockout stages. It’s a funny old game.

It’s not often Arsenal receive any help from officials but someone at the Home Office must like us as Serge Aurier has been red carded by the visa panel without a ball being kicked. Whether his absence will have as big an impact as our injury list remains to be seen. Hopefully we’ll have a good match to entertain the faithful and this time it’d be rather nice not to gift them a 1 – 0 head start.

Anyway I’ve got  to go put on my wig and false beard in the hope I’m not recognised by an angry Spurs supporting farmer. Enjoy the occasion if you’re lucky enough to be there. If not don’t forget to get on the internet and slag off our useless players at every opportunity, after all, you’ve got every right to do so haven’t you?