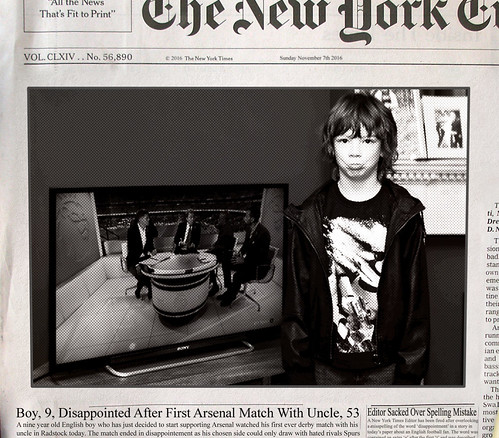 The international break came at rather a good time for me. In one way at least. Not in a ‘let’s all sit down and enjoy some great football kind of way’ – chance would be a fine thing. I refer more to my Quixotic attempt to add a couple of thousand words each day to a book which history tells us is unlikely ever to be a) read or b) finished.

By removing my blogging duties from the equation I was able to shine upon the perils and scrapes of Clifton Malreward and his double life the full beacon of my concentration and creativity. However poor CM and his long suffering partner, the equally improbably named Evelyn Yatt, must, for this morning at least, take a back seat. A quick glance at my agenda informs us that Arsenal are back on the menu. Not only that but it’s Arsenal versus Manchester United,  performing at the ground where we have tasted the occasional sweet triumph and far too many sickly unjust desserts.

A good deal has been happening since last we met. I’ve been passed sufficiently fit by the veterinary to hand in my notice to the amalgamated union of slackers and layabouts and get out there and rejoin the ranks of the Great British workforce in their honourable devotion to toil. I shall bend my back, tense my thighs and lend my not inconsiderable weight to the big shove as we all endeavour to keep the economy on the rails while it passes through the shadow of the valley of Brexit.

Despite all this you may rest assured that from an Arsenal perspective I have not been idle. Since creating my last pre-match preview I have in fact been actively involved in the corruption of a minor. Perhaps I should explain. My brother in law and his life partner have three children, one of whom having achieved the age of nine has decided to like football. The BIL and his LP are neither one of them interested in the beautiful game and so the call went out. Could he sit with me and watch a match? I of course obliged and so his first ever Arsenal game, albeit on the television, was the North London derby. A lifetime of such disappointing outcomes awaits him, but I sincerely hope the pill will be liberally sprinkled with the sugar of one or two improbable and memorable victories.

Wouldn’t it be nice if he started with one of those today? Victory over Man United is about as good as it gets for me. While Chelsea have risen up the hate list and I know some of you have a hard time warming to Spurs or Liverpool it has always been the red half of Manchester that has most gotten my goat. I suppose if you wanted to go back to when I was where my nephew is today, wet behind the ears and full of blind optimism, it was Revie’s Leeds that curdled the milk in my cup of human kindness. In recent years however, the evil spawn of the dark one that fester in Old Trafford have been head and shoulders above all other demonic forces.

The marriage made in the deepest circle of hell when they appointed the Graceless One as their manager has added unnecessary bile to an already septic stew. Regardless,  it is a bowl from which we need to sip at least twice this season. So there really is nothing for it but to hold the nose and take our medicine.

The match comes at one of those sticky moments in the calendar when the storm clouds of ill fortune appear to be gathering. Our winning momentum was checked by a team who needed beating and beating soundly. A win against an unbeaten upstart rival would have sent us all into the international void with a song on our lips. Instead, whipped up by the talk of austere Novembers past, our fan base enters the latter half of this bleak and wintry time casting nervous glances all around and dreading an early end to all their hopes. The thought that it could be the Classless One and his minions who inflict further pain is too insufferable to contemplate and so I prefer not to do so.

The injury blight has of course begun to bite as we all guessed it would. Pictures of Alexis with ice packs pressed to his thigh were gleefully beamed around the globe and the news of Hector being out for at least a month manages to stand out even in a year when unwelcome news is almost commonplace. I am not exaggerating when I say that had you asked me to choose the players I would least like to add to our roster of wounded in action, those two would have headed my list.

Both have been in sparkling form and neither has a ready made replacement such is the unique nature of their talents. I don’t decry Theo or Olivier nor Jenks or Debuchy. Assuming Debuchy is still with us. I confess I don’t know where he is these days, but it’s an impossible ask to expect anyone to replace players who are performing at the very top of their games. It is also a testament to young Hector that he has climbed so rapidly given his relatively recent inclusion in the first eleven.

We shall continue to miss Santi, another player who lifts us from the very good into the sublime, and Lucas’ gradual acclimatisation to Premier League football was cruelly curtailed at precisely the wrong time. It is surely too early to rely on Aron who is only just back from injury and so we really need to see a big performance from Granit Xhaka. He’s been around long enough now, has the proverbial  games under his belt. Given his position on the pitch he needs to exert a real influence on the game, to dictate, as it were, that fabled tempo of which we hear so much.

Of course we have a big squad and aren’t the only side trying to regroup after the unwelcome distraction of the dreadful internationals. Maybe a trip up to Manchester is precisely the stimulus the players need to get back to winning ways. A match against apparently weaker opposition would have ticked another banana skin box. The staff and players will know how big a game this will be for our opponents. Their manager has a borderline psychotic obsession with Arsène and if he motivates them for just one game this season, today will be that game.

I expect them to come at us early on much as they did against Liverpool. If we’re still in it by half time then their naturally defensive instincts may see us having to break down the massed ranks. This would be a familiar scenario. A draw against one of the top sides is no disgrace for them. Having dropped two points in our last game the pressure is all on us to make amends.

I don’t know if my nephew will be coming down to watch the game. I’m not sure if seeing his uncle banging his head on the coffee table and whimpering is a good image for an impressionable lad. He already learned some choice new vocabulary while watching the game against Spurs. Let’s hope, if he does decide to risk it, that this time he gets to see an old man dance and sing. After all football is supposed to be all about entertainment isn’t it?