" … if you're a supporter of a club, you have to be, through thick, thin, laughter, smiles and tears" – Bob Wilson
137 Comments

Arsenal Versus Basel: More Of The Same Please 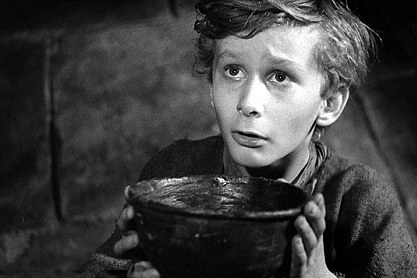 I tend to avoid giving the idiots among us too much oxygen, the great leveller that is social media already ensures their vapid discharge receives more than enough attention. One theme which has somehow made it into the office past my secretary is the idea that as Arsène paid a lot of money for his new signings he should bloody well play them. With all the self righteous anger of the entitled, these infantile hysterics who have spent years demanding new signings finally get them, and guess what? The so called expert in charge refuses to pick them.

Of course they neatly cherry pick their arguments to fit the pre conceived narrative and so fail to mention Shkodran Mustafi who has gone straight into the team and has pretty rapidly shown us why. They just cannot understand why Lucas Pérez and Granit Xhaka don’t start every game and why we sent Joel on loan and kept Theo.

Now before I go on let me just say, in parenthesis, we here at PA claim no expertise. Nada, nix, zilch. We, unlike the drooling hordes of mindless trend followers who so pollute the atmosphere of any modern debate, are happy, nay delighted to accept that Arsène Wenger and all of his staff know infinitely more about running every aspect of a football club than we do or ever will. The only things we express here are skewed, narrow, prejudicial opinions based on no more than our gut instincts. I have an idea, an uninformed guess as to why the manager hasn’t automatically thrown the new boys into the pot all at once and it is no more than that.

Given the injury situation I believe he had to play Mustafi straight away. It would have destabilised the team to have too many new faces all at once and would hardly have been effective man management to ditch established quality first team players just because he had some shiny new ones in his back pocket.But there is a much bigger point. Arsène didn’t buy these players because Arsenal was desperate. We didn’t finish way off the pace in seventh, eighth or ninth position in the league last year. We came second. We had an excellent group of players albeit a squad with a few gaps in it due to the retirement of our skipper and a couple of old hands moving on to a quiet semi retirement.

Unlike other clubs we didn’t need to buy saviours because we weren’t in dire straits. We bought players to augment an already successful, top class outfit. Man United in contradistinction flung an obscene amount of cash at one player because they needed a talisman, someone to ignite belief that they might just still be in with a shout of rejoining the big boys club. It’s a club they and Liverpool left some time ago and pretenders like Spurs are making serious efforts to join. Arsenal, needless to say, has been a member for ever single year of Arsène’s time in charge.

So no, the manager doesn’t need to throw all his new trains straight onto the Hornby OO gauge track. Neither does he need to take any chances with those coming back from injuries. He can smooth the transition to the Premier League for the new faces and he can ease the wounded back into the fray. He is, in short, building from a position of strength.

Similarly the cup team we fielded against Forest was noticeably stronger than in recent seasons. In fact our cup side and our league side may start to appear quite distinct from one another, with Ospina or Martinez starting in goal and perhaps Lucas up front, Elneny being first first choice in midfield. Then again we have the option to field differing strength cup teams depending upon the perceived strength of our opponents – the permutations are quite fascinating – not to say mouth watering.

Our opposition this evening, while, in theory, not as formidable as Paris St Germain, cannot be taken for granted whatever the make up of our first eleven. Let’s face it, no one in the Champion’s League intends to roll over no matter who they play and Basel have form when it comes to shattering the illusions of cocky Premier League clubs. Unbeaten this season and with a 100% record in the league they have featured in one or other of the European competitions every year since 1999. So they are experienced, in fine form and have no reason to fear any British team.

I mention all this to dispel any of the ridiculous foregone conclusion, gung-ho nonsense some of our fellow fans mistake for positivity and confidence. Saying we ought to murder them just so that you can then berate your own side if you fail to bury the opposition under an avalanche of goals isn’t positivity it is a symptom of an unbalanced mind.

I am positive about tonight. I believe we are in great form both individually and collectively. I believe also that we have players on the bench and occasionally not even in track suits who are extremely capable and desperate to prove their worth if given the opportunity. Whether any of them will get that chance tonight remains to be seen but nothing would surprise me. We have the classic potential banana skin on Sunday with a trip oop north on the weekend following a Champion’s League tie. Under these circumstances we need players to be fresh and sharp. Having said that the season is yet young, the players supremely fit, and they don’t have to travel half way around the globe this evening so an unchanged side, Coquelin and Ospina excepted cannot be discounted.

As I sip from the lucky mug and contemplate another night of European football it is a relief to know that in you I have someone to share the moment, someone who doesn’t believe they know more than the manager but above all someone who recognises what a phenomenal achievement it has been simply to be here yet again. A top four finish isn’t some kind of booby prize it’s the holy grail of every club in the Premier League and we are lucky enough to a follow a team managed by a man who has delivered  on this goal year after year after year.

← Arsenal: Is this Streak For Real?
Arsenal: “Winning Beautiful” →

137 comments on “Arsenal Versus Basel: More Of The Same Please”