" … if you're a supporter of a club, you have to be, through thick, thin, laughter, smiles and tears" – Bob Wilson
305 Comments

Wenger – The Grinch Who Stole The Transfer Window

Posted by shotta_gooner on August 7, 2016 in All Posts 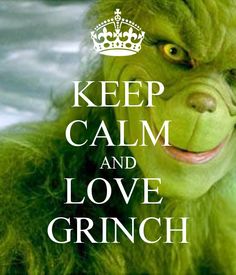 24 days to…the closing of the window.
Everything about the transfer window reminds me of the commercialization of Christmas:
• The countdown.
• The massive price inflation. This window last year’s 30 million pound player is now 40 million (25%), 20 million is now 30 million (50%), 10 million is 20 million(100%). It’s evident from those percentages that, like Christmas, the higher margin is on lower end product. Always the poor pay more, eh.
• The wall-to-wall media hype allied with the selling of massive amounts of expensive advertizing best exemplified by that 24-hour Jim White-SkySport frenzy on deadline day.
• The widescale brainwashing of football fans into believing that the only way owners and managers can show their love for the fans is by engaging in massive transfer spending. Arsenal fans are arguably under the most psychological pressure because Papa Wenger and Uncle Ivan refuse to join the madness, avoid the pressure to keep up with the Jones, by hardly ever spending a fortune during the summer transfer window.

Predictably Arsenal’s twitterati and the big bloggers are up in arms, defaming the club’s greatest ever manager for refusing to bend to the pressure to spend for spending sake. Many are like children at Christmas who can’t understand why Momma and Poppa refuse to buy them the most expensive plaything.

How people can be so dense as to still back AW is insane. He's more stale than 5 day old bread. Club needs changes all around #WengerOut

The BBC tactic is to wheel out out an ex-player to attack the club’s transfer spending:

“The board and Wenger have let Arsenal fans down again”.

On transfer inflation one tweeter dismissed the club’s prudence.

Off the top of my head but ~€50m for Mahrez is overpriced?

This fellow has seemingly given up:

It’s become painfully clear that nobody has any clue what the hell The Arsenal are doing as far as transfers.

One podcaster puts the boot in:

Surely Asano & Holding aren’t being counted as signings? For me we’ve signed Xhaka and thats it, and that’s not good enough @Arsenal

To be fair not all of Arsenal twitter have given in to the pressure.

Wenger is an absolute fraud. How he bought Rob Holding for 2mill when Stones is going for 50mill is nothing but FRAUDULENT. 😂😂😂

We stayed in the CL despite financial difficulties since 04, been steadily improving last 3 seasons – 4,3,2 (2FA cups too). Why the moaning?

Xhaka 34M in a market where Higuain goes for 75M. Don’t come at my boy Weng ever again.

As usual it is the data which has the final say. Most of you readers are familiar with my mantra:

“Unlike the media [and Twitter], which thrives on emotion, in the silent statistical world, there are no headlines.  There are no narratives.  No excuses.  No hope and no despair. Just data.”

I did my research and not surprisingly, it is Arsenal’s prudence and Arsene’s discipline in the transfer market which stands out like a shining light.

Publicly available data on transfer spending demonstrate in no uncertain fashion that despite the billions spent by City and Chelsea with United and Liverpool breathing down their necks, none have had sustainable to success, unlike Arsenal. City came 4th last year and had to ditch their manager. Chelsea came 8th and has had three managers since last season. United continue to show ambition at a mouth-watering cost.  None other than Fabio Capello was forced to remark:

‘They have spent €500million (£424m) in three years to win the FA Cup and twice they did not qualify for the Champions League,

‘Money is not always enough’.

Despite Liverpool’s willingness to spend whatever the market charged for average players (something Arseblog would no doubt approve) they have never won the Premier League in its 24 years of existence. This appetite for the transfer market doesn’t seem to have changed under Herr Klopp.

What was astonishing to me was how per season transfer spending club by Middlesborough exceeded Arsenal’s during the period under reference. This is the classic yo-yo club which enjoys a spell in the Prem only to be relegated to the Championship. I nearly fell out of my seat when it hit me that they have spent the last 10 years trying to get promoted.

What the data above ignores are the clubs whose owners spent lavishly, like Santa Claus, temporarily endearing themselves to the fans, only to conveniently fall out of sight out of mind to the bloggers and tweeters who demonize Wenger for not “showing ambition”. One such club is Aston Villa who between 92/93-13/14 were not afraid to spend.

Despite their per season average spending also exceeding Arsenal’s, last campaign Villa was finally relegated to the Championship after two-three years of flirting with disaster. American billionaire owner Randy Lerner has had to sell out to the Chinese, after a reported 50% hit to his net worth. One wonders what he now thinks of the advice of the mainstream media and his many spendthrift managers who demanded he spend big every transfer window to strengthen the squad.

In closing let me remind you of something Arsene said about transfers recently:

“I buy players that I feel can strengthen our team. Today, you have to be very strong inside the club when you are responsible, not to just buy to buy.

“There is always a wave of opinions, and people are better informed today than all the players. They always tell you to buy but when you ask who to buy, they become much shorter, because if you look at the market in Europe there is a lot of money available, but not many players that really strengthen the teams.

“And if you look at who is spending the most in Europe, they are not the teams that won the leagues. The global investment of all the clubs around us didn’t stop Leicester winning the league. So we have to focus on our quality, and try to strengthen our team.

“If you analyse well our season, we finished top of the top-four. We lost maximum points against the teams between five and nine. Maybe the games we were expected to win, we did, but against teams like Southampton and Swansea, we dropped too many points.

“On the other hand, we had a good defensive record, overall, but we can still strengthen that. And we were a bit short of goals scored. We didn’t convert enough chances we created. We created the most in the league but our finishing was not as good as the season before.

I would advise well thinking fans to heed the words and deeds of Arsene and just like at Christmas, avoid the hype and psychological pressure. As most of us try teach our kids, in the words of Dr Seuss:

← Arsenal and the Myth of Transfers
Forecast: Arsenal 3 – 6 Liverpool →

305 comments on “Wenger – The Grinch Who Stole The Transfer Window”