" … if you're a supporter of a club, you have to be, through thick, thin, laughter, smiles and tears" – Bob Wilson
99 Comments 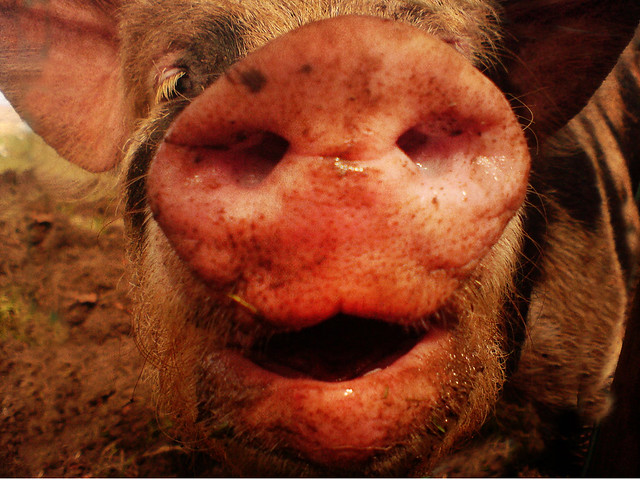 Bloody football. Sometimes I wonder if we wouldn’t be better off without it. Sorry, getting a little ahead of myself. Let me rewind. Steve Coaches was round my drum for a cuppa and a catch up yesterday afternoon. Since getting out of the rat race I don’t see much of him or anyone else for that matter. He used to drive his fifty two seater into my car park every morning and we would pass the time engaged in pleasant badinage and all the usual meaningless conversational fripperies with which everyone attempts to season the tasteless fare that is working for a living.

So yesterday was going well. We’d covered marriage, the state of the nation and had slid inexorably towards the beautiful game. Steve was reminiscing about the good old days, and I, nostalgia never being far below my surface, was a willing ear. He recalled how on a Saturday lunchtime he might open the paper and on reaching the back pages notice that Bury were at home. From there it would be the work of an instant to phone a mate and suggest popping over to Gigg Lane. As easy as that, they would find themselves half an hour later with the newspapers blowing about their ankles, breathing Bovril fumes and complaining about the pies. Nowadays he drives coach loads of West Country Manc fans to the Old T and he couldn’t afford to watch Bury even he hadn’t moved two hundred miles south. Things change, the game is global now, not many support their local team and those that do still prefer the Premier League on the telly to a windy and overpriced terrace.

If only we’d left it there. Sadly my old pal went on to bemoan the state of the English game and trotted out the tired old line about how it was all the foreign players had caused the demise of the national team. I tried to counter but he became hot under the collar. I tried to point out how shit England was before the money came and changed the landscape, I tried to suggest that growing up among the world’s best must have made Jack Wilshere better and not worse, I tried to suggest that shit managers, shit tactics, a backward football culture encouraged by an idiot press had far more effect than foreign stars, but all to no avail. He was adamant. He was furious. He was boggly eyed in his passion.

Surrounded by a select few of the very best Twitter has to offer and coming here where the closest we get to an argument is over whether a player is actually great or just nearly great I hadn’t realised how cocooned my existence had become. Not going to the office or factory to be exposed to the full ferocity of ill informed opinion every day has left me bewildered by the zealous conviction with which people can regurgitate the lies and nonsense with which they are constantly bombarded. I was, to put it mildly, taken aback.

I read Eduardo’s excellent piece on PA yesterday and thought how helpless we are to turn this tide. The ‘Arsène Wenger doesn’t do tactics’ mantra he so adroitly exposed for the flim-flam it is nonetheless has such deep roots beyond our walls that we have not a snowball in hell’s chance of changing anyone’s mind. I had simply failed to realise the extent that the misinformation had gotten right into people. Until you sit face to face with someone ignoring facts and parroting nonsense when in all other respects they appear to be a reasonable human being you can’t comprehend how absolutely the battle has been lost. I felt like Hirō Onoda, stumbling down from the mountain thirty years after the end of the WW2 blinking, bewildered and barely able to believe that no matter how many Phillipino fishermen and farmers I shoot, the truth is I’m never going to return home as part of a winning army.

So what can we do? Not much to be honest. Watch the Arsenal and try to enjoy the football is all I’ve come up with. Although, put like that it doesn’t sound so bad does it? All football clubs have better and worse times, at the moment we as Arsenal fans have plenty to be happy about. Tonight for instance we host Olympiacos in the Champion’s League. That’s more than a good enough reason to cancel our radio shows, get in a bumper bag of midget gems and break open the cranberry and mango tea surely? So what if people are saying Arteta is past it, Arsène can’t manage and Ramsey is out of position? So what if thousands all over the world believe it to be true and repeat these and a hundred other specious facts and bits of meretricious wisdom?

Rather than waste our time trying to fight, not a losing battle but one that was lost a long time ago, why don’t we just get on with watching our team, celebrating the victories and commiserating with one another after a defeat? No one has ever succeeded, to the best of my knowledge, in teaching a pig to sing, indeed as Heinlein observed ‘…it wastes your time and annoys the pig’ so for goodness sake let’s put the sheet music away and give it a rest. I’m not talking football with anyone outside of a certain demographic from now on.

From the moment the team is announced I will be excited, anticipating how the players will line up, wondering who might be the hero on the night. Instead of bemoaning the hand wringing and predictions of disaster, which these days accompany the release of every team sheet, I’m just going to savour being part of this wonderful club competition. To relish the great good fortune that led me to support Arsenal and not any one of the lesser teams, teams that simply do not get to experience this every season. I’ll find a foreign stream or I’ll mute the commentary and I’ll envy those who can afford to go to the match in person but apart from the inevitable exasperation with the referee that envy will be the only ill feeling in which I will indulge.

This supporting lark is from now on going to be about thrills and spills and not about the bellyaches. I’ve simply had enough of the tedious arguments between people who will never change their views. The name calling, the finger wagging, it’s all so pointless and it only serves to detract from the simple pleasure of watching my team pitting its wits against the best that the opposition can throw at it.

So in a way I’m glad Steve came round and cast all this into such clarity for me. The simple pleasures of strolling through the cobbled streets of his home town, whippet at heel, sparks flying from his clogs as he headed to a cold, crumbling concrete stadium to shout abuse at his local team contrasted so sharply with the spouting gibberish he has learned from the modern day anti experts and helped me to reach this minor Damascene moment. Why not give it a try? Why not join me and just enjoy the football and leave the porcine singing lessons to somebody else? You never know, we might just like it.

← The Great Ramsey On The Right Debate
Arsenal: Quality Is Not An Act, It Is A Habit →