A Stroll In The Villa Park

Posted by pedantic George @arseblagger on September 21, 2014 in All Posts 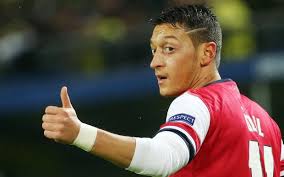 Great, so I’m a genius again …

I watched the game on a Spanish stream. All I could make out were the players’ names.  This was quite an eye opener.  I had to make my own mind up how we were playing. It was up to me to see how the team was set up and who was playing where, let alone who was having a good game. It was in fact a very good way to watch the game. If Stew Black is reading this, you were right all along mate.

The first 25 minutes or so seemed pretty even to me, although the hosts had the best chance with a close range effort, excellently saved by our young keeper.

Then in five minutes Arsenal fired a three-goal broadside and the Villa were sunk.

The contest was over. We dominated the remainder of the half. After the break the hosts seemed happy to take a football lesson as long as it didn’t turn into a spanking. And we seemed happy to give it and coast to the final whistle.

It was the most comfortable half of football I’ve ever seen. Lovely jubbly.

The team appeared to set up with Ramsey sitting deeper to help Mikel. A lot of the time he was behind the skipper. That allowed Mesut to be more forward thinking.

Here though is Ozil’s heat map:

Now, that looks dangerously like his every other heat map.  So don’t tell me he was playing in the hole behind Welbeck as a traditional number 10.

He played well because he played well. Perhaps the security of Aaron and Mikel helped him, or perhaps he just played better. Who knows?

I felt Aaron had another sub-par performance.  Is it because he is being played out of position? No, because he isn’t.  He is just off form a little.  He is not a bad player or anything other than a great player having a dip in form.

Just as Mesut was!

Anyway, that’s what I saw. It’s up to you to tell me if I am right or wrong.

85 comments on “A Stroll In The Villa Park”