Posted by ArsenalAndrew on April 17, 2014 in All Posts 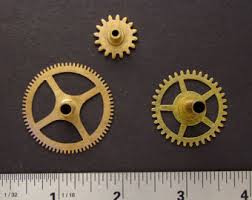 Will the wheels of Arsenal’s fortunes finally turn together?

The next stage of the implementation by UEFA of Financial Fair Play is due to play out over the coming weeks and months – and mighty interesting it should prove, too.

It’s taken what feels like an age to come into effect but the Summer of Reckoning may finally be upon us for a number of our favourite clubs – PSG and Manchester City  being at the forefront of everyone’s affections on this front.  Whilst this ‘reckoning’ could fickle out in a damp squib of laughable fines or lengthy delay-inducing appeals, given the recent unprecedented (I think) transfer ban on Barcelona for recent transfer transgressions, I’m actually more hopeful that UEFA are of a mind to finally stamp their authority on the financially reckless and the morally lawless.

As a particularly pleasing side benefit, it should, once and for all, help the penny to finally drop in the minds of all those who have refused to understand how essential self-sustainability in the financial make-up of all clubs actually is.

Hopefully the days of Citeh-style excess will now prove to be finally behind us. And whilst the football playing field may never be perfectly level (especially for the smaller clubs) the era of Sheik/Oligarch hi-jacked clubs jumping in with a modest fanbase but over-loaded with cash, subverting all the player markets as they go, may finally be at an end. Doubtless PSG will have something to say about this – and possibly in the courts – but it is hard to envisage a successful rearguard action by them given the wider economic context the bulk of the football world has to operate in, not to mention the overall moods of governments and governing bodies almost everywhere.

That the timing of this next stage in the unfolding of FFP so neatly dovetails with the turning of the Arsenal commercial wheel should escape nobody.

World Cups aside, this will be the real story of the summer:

There may be only a few of us naive enough to have faith in FFP, to be honest, and  its effective resolution is by no means a done deal.

Despite having been politely but firmly put in my place on FFP over the years both here and on ACLF, I’ve still retained my faith in it for two main reasons.

Firstly, given the wealth of our owners and their connections – and remembering also Danny Fizman’s indication that AW had access to £100M if he wanted it – given all that and despite the very real difficulties of the last few years as symbolised by the ‘different directions’ identified by RVP, for one – then the club itself must have had a very real belief in FFP as a process which would either penalise AFC if ignored, or effectively reward it, if observed.

Secondly, the spectre of football clubs failing en masse across Europe was intolerable to a somewhat unholy trinity of European government, UEFA and the clubs themselves. Remember, it’s not just about curbing the worst excesses of the biggest clubs, but any club tempted to spend beyond its means. Small clubs desperate to retain top league status were routinely pre-spending anticipated revenue streams risking disaster in the process. How many more Leeds? How many more Rangers? Two once mighty beasts still struggling to survive as much smaller entities? Portsmouth and QPR are another pair of English clubs – smaller – but now struggling, who once enjoyed their unearned days in the sun.

One question I would like to one day ask of Ivan or Arsene relates to the timing of all this and to what extent, if any, AFC deliberately structured their balances to deliver them a massive transfer warchest comprising spendable assets at a time when all other clubs would be obliged by FFP to rein everything in?

Finally, the very fact that one of the most financially profligate – Jose, not ‘Arry, in this instance – is having to sell (indeed, has already sold) before he can buy suggests to me that to even the once mighty Chelsea, FFP may mata, after all.

That the angry, impatient and seemingly ignorant element of Arsenal’s fanbase appear to have failed to trouble themselves with a consideration of the wider financial horizons should hardly surprise us – we are football fans first and foremost, not economists. But our collective ignorance on this, alongside the failure or willingness to appreciate the devastating impact of injuries on the team is very telling.  Some are trying to blame AW for those injuries in the same breath as they blame the club for not spending more, sooner.

And it’s true, we have access to so much information and ways of sharing it, yet so little insight or wisdom to apply to it all. And if that sounds more than a little pompous I make no apology for it. Sitting through the appalling booing that gripped Wembley on Saturday at the substitution of Podolski – I’ve been repeatedly told it was aimed at Arsene, not the player, but frankly, regardless of its intended victim – I’m in little mood to continue to tolerate the excesses of the club’s own fans.

Arsene, in the eyes of many, appears to be on the brink of walking away rather than re-signing.

If true, given all of the above plus so much more, it would in many ways represent the greatest tragedy in the whole history of the club.

The fans, in my view, would very much deserve whatever it is they think they are wishing for. The ultimate irony is the legacy Arsene eventually passes on will do more to avoid an extended period of change and uncertainty of the kind currently gripping Manchester United, than many possibly realise.

And whilst Ferguson’s reputation may be judged on his history, the future will be all Arsene’s as AFC sit, deservedly and indefinitely, at the top table in world football.

The tragedy – the sadness – could come in the form of Arsene Wenger being prevented by the reaction and behaviour of the club’s own fans, from driving us to the very top of the summit himself.

It’s been a long time coming.  And as is currently the fashion on reality tv to never fail to mention – one hell of a ‘journey’.

I know I’m not alone in hoping the final leg of the trip will be undertaken with all still very much on board.

But the question for Arsene may ultimately prove to be, however – do enough of us still share that hope?

← No Hammer Blow Tonight
Can We Cross The Great Divide? →