" … if you're a supporter of a club, you have to be, through thick, thin, laughter, smiles and tears" – Bob Wilson
35 Comments

Arsenal Edging Closer – Time To Enjoy, Time To Be Happy

Posted by pedantic George @arseblagger on January 26, 2014 in All Posts 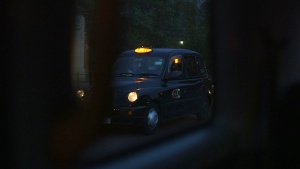 Time to go home? It’s a bit late to start enjoying yourself now, isn’t it?

When can I start enjoying the season?

Arsenal are top of the Premier League, in the 5th round of the FA cup, and have two fantastic ties in the Champions League to look forward to.

Yet every time I celebrate our position someone tells me:

“We’ve won nothing yet.”

Does that mean I have to wait until a tin cup is won before I can be happy?  Am I to be unhappy if a trophy isn’t won?  That’s a bit like going out for the night and not having a good time until you are in the taxi on the way home, just in case something goes wrong before the night is over. 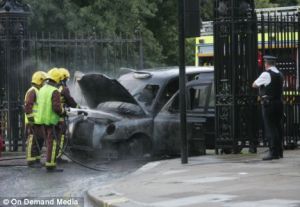 In 1977 the still amateur-status tennis player John McEnroe made the semi-finals of Wimbledon, losing to Jimmy Connors.  Was that a failure? Was he a failure?

Or was it a magnificent sporting achievement?

If winning silverware is the only measure of success and the only time we can celebrate, then how much joy will we miss out on?

It seems to me that the fear of not winning the whole competition is stopping many people enjoying the journey.

If we manage to win the league despite the overwhelming financial disadvantage we are at, then we will be able to shout the houses down, sing , dance, make merry, gloat and taunt until our hearts are content.  However if we don’t it will not mean we failed.  We will still have made some huge forward strides.  We will have fought a gallant fight.

Every game Arsenal wins should be savoured.

Every goal, assist, attempt, all of it, all enjoyed.

Each beautiful passage of play is a moment to revel in.  A chance to appreciate the team and players.  Why miss out because of the fear that we ultimately don’t outright win a competition that is massively difficult to win?

Right now we are in three competitions and this point might be as good as it gets for us.

For goodness sake, let’s at least enjoy it while we can.

Anybody wishing to hitch a ride in George’s cab can hail him on Twitter @Blackburngeorge (prepare to share the fare, aye).

*No taxis were harmed in the production of this blog

← Why Not ?
At Odds With The Odds; Gunners Have Always Been Title Long Shots →

35 comments on “Arsenal Edging Closer – Time To Enjoy, Time To Be Happy”