" … if you're a supporter of a club, you have to be, through thick, thin, laughter, smiles and tears" – Bob Wilson
69 Comments

Posted by ArsenalAndrew on March 4, 2013 in All Posts 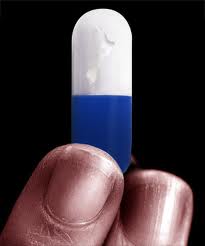 With over a quarter of the season left and his glass still half-full, Blackburn George reflects on yesterday’s game.

Well that was another bitter pill to swallow.

Anyone who failed to see us dominating play can only do so by being blind to the events on the field.  Particularly for the first 35 minutes. We were in complete control for that period.  Their midfield simply had no answer to our play.

Sadly in the space of two minutes or so, two decisive plays from them, combined with two defensive lapses from us, left us an uphill struggle that in the end proved to be a little too much.

None of us can be happy with the result, but we should at least take some comfort from the performance.

There is no getting away from the fact that we lose too many games that we should not.  But to simply point the finger at any one person or reason is far too simplistic.

The team needs to grow as a unit, defend as a unit and attack as a unit. This takes time and patience.  And we fans should accept this and understand how hard it is to achieve.

We have six midfielders, Jack, Santi, Mikel, Abou, Thomas and Aaron.  A combination of any three of them are better than anything else I see in the league.

Personally I have no idea which is our best three.  So add Le Coq and AOC and we are well set for years to come.

I believe we would benefit from a quick centre forward and another centre back.  But even without additions I am convinced we will be much stronger next season.

There are thirty points still to play for.

All is not lost by any means. But even if it was, nothing is to be gained by withdrawing our support for the team.  Every week I see a team of huge potential.  We simply must give them to time to fulfill that potential.  I honestly don’t see why people can’t relish the challenge.  Rather than throw their arms up and ask for change.

Change may come all to soon, I fear, unless the majority of fans don’t quickly see sense.

69 comments on “Three Points Gone, Thirty To Play For”