" … if you're a supporter of a club, you have to be, through thick, thin, laughter, smiles and tears" – Bob Wilson
67 Comments

Understand Arsenal – And Be A Part Of Something (Part 2)

Posted by ArsenalAndrew on March 1, 2013 in All Posts 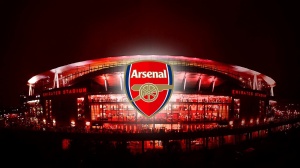 The conclusion of a two-part article from ArsenalAndrew

After the Russians tanks arrived in 2003, firing £50 notes, they were later joined in 2009 by the sandstorm from the desert and both Chelsea and Manchester City were free to wreak fully funded havoc in the EPL as the global economy seized up from the effects of the credit crunch.  The Arsenal Master Plan, if not in tatters was in serious danger of collapsing in on itself.

That the club, somewhat against all the odds, was able to repeatedly steady itself and push on through the maelstrom is thanks largely to two of the most mis-maligned and harshly judged men currently in world football.  Yet history will surely judge that the stability – if not the spending funds – latterly provided by Stanley Kroenke off the pitch from 2011, combined with the uniquely extraordinary abilities of Arsene Wenger on it, fused together to forge something future footballing generations will come to see as being little less than a sporting miracle.

Stability is what Kroenke has given to the club.  Joining the Board in September 2008, he did it at arguably during its most vulnerable point in its long history.

He gave Arsenal Football Club a space to play and to trade itself away from the edge of the abyss.

There is little doubt Kroenke’s investment will reap a very substantial reward for the American in return for having huge sums tied up in the club for an indeterminate period.  A return, incidentally, that was never a given.  Equally, it can hardly be denied that Arsene Wenger has been appropriately recompensed for living and breathing Arsenal for every waking minute of the last sixteen-plus years.

But were it not for these two individuals, Arsenal could be a very different place today.  And quite possibly playing a very different, and very likely, a far less joyously exciting brand of football. However, it wasn’t merely the style of football being played that was effectively safe-guarded at this point, but the very essence of the club itself.

Some say the club were the architects of their own problems when they chose to move away  from Highbury.

Yet not leaving Highbury was never an option.

Evidence of this is provided by the failure to develop Anfield and Stamford Bridge, and the impact of those lengthy delays over in Middlesex.  All are salutary reminders of the weaknesses and vulnerabilities some clubs are facing as they peer into an uncertain and, for one or two, a quite possibly unhappy future.

Yet the cost of leaving Highbury, whilst seemingly high given the short-term absence of trophies, could have been so much greater.

On the balance of probabilities, given the nature of football, it’s likely that most owners would have struggled to absorb the impact of successive trophy-less seasons. Yet this is exactly what Kroenke has done, albeit aided by the club’s remarkably consistent ability to qualify for Europe year after year.

The Abramovitch ‘model’ of football management HAS brought a measure of success at the Bridge.

Whether it was because of his model or in spite of it is a highly moot point given the vast sums expended on the playing side.  Yet regardless of those somewhat tarnished, if not quite devalued, trophy riches, one is nowadays hard-pressed to meet a happy fan of a club for whom an unofficial name change has come to symbolise for so many, so much of what is wrong with major aspects of the game today.

Chelski are now utterly reliant on the continued goodwill of one man.

To the extent that, in public at least, few fans of the club seem prepared to risk going beyond criticizing their manager despite their deep-seated concerns for the future of the club. The long-term sustainability of Chelsea’s success is today predicated on little more than a whim.

For Arsenal to have risked ending up with an owner like Roman would have been to risk the loss of all our integrity and respect, our heart and our credibility.  Our west London neighbours have now been reduced to being little more than a money-laundering operation with an outlook as short-term as their owner’s profile is high.

During the recent match against Bayern Munich, though Arsenal were clearly beaten by an excellent, more established and settled side, it would take a mean spirit to fault the endeavour of the Arsenal team.  Though we were the lesser of the two sides on the night, Arsenal were not a million miles off the German pace.  And whilst rightly acknowledging the achievements of Bayern Munich, it is pertinent to reflect on the absence in Germany of a Chelsea or Citeh equivalent of financially ‘advantaged’ sides in a league which now has more in common with the EPL of the 1990’s than today’s ‘top heavy’ version.

It is pertinent also to note that Arsenal today, with a little help from Financial Fair Play and our own commercial activities, are on the brink of effectively joining the financial powerhouses of Europe – the four clubs of Spain and Manchester, PSG and, for now, Chelsea.

But not just for one season.  Or for a temporary Liverpool-esque cash splurge of the kind squandered by ‘King’ Kenny.

But for all seasons.

This year has been another of dramatic ups and downs in a sequence of seasons that have provided a sporting white-knuckle ride for all followers of the club.  A ride of sufficient velocity and unpredictability to see more than a few previously firm hands loosen their grip on the bar of unwavering support.

Before the Bayern game, we had to endure the Blackburn encounter, against whom, for Arsenal, the goals just would not come.  We eventually lost to a break-out fluke of a strike to the audible anguish of all following the unfortunate home side.

The ‘backlash’ of an anticipated goal-fest against relegation threatened Villa then failed to materialise in front of another home crowd that was, largely thanks to the results of the two previous cup games, nervous and jittery and which, some would say, successfully transmitted that collective state of mind to the players working so hard below.

We were, however, watching our third league win in a row.  Though you would never have believed it from a glance of the next day’s cheap headlines or the intellectual vacuum of Twitter.

Regardless of the ups and downs, none of the results seen this season – the good, the bad or the ugly – in the overall context of Arsenal’s Emirates-era challenges, are legitimate grounds for turning on this club – its players, its staff or its owner.

And given the squad transformation seen since Cesc’s departure (which must render the place virtually unrecognizable to the recently benched one), Arsenal’s present position remains competitive, as we sit two points behind Chelsea in the league, and still, as of March,  fighting hard in Europe.   A squad teeming with talent, now populated with experience and youth in near-equal measure, an intriguing, growing English ‘core’, augmented by some of the most exciting young talent from Europe and beyond, is clearly and self-evidently beginning to flourish on a solid bedrock of management continuity and fiscal stability and growth.

Yet to still willfully ignore ALL of that in the context of the events of the last eight years or so, can only be politely described as lazy ignorance – or mischief making – of the lowest order.

So yes. If there is to be a backlash against all that has gone before, let it begin now.

Let us, as positive fans, hit the boo-boys, the doomers and the negativistas as hard as we can wherever we encounter them.  With our arguments and with our reason.  With our sense of history and with all our expectations for the future.

In pubs and bars, cafes and restaurants.

Wherever we are in the world.

And let the lads do their talking on the pitch.  And with our full uncompromising and unconditional support.

If the on-field backlash happens at White Hart Lane, so much the better.  But if it doesn’t, then, despite the obvious disappointment, as followers of the club we must derive solace from what we know will follow and what will be.

Take our understanding of the club’s recent history and appreciate just how close we are now to where we want to be.

And where the club deserves to be.

Understand all of that and help others to.

Understand Arsenal, and be a part of something.

← Of Gods and Monkeys
The Desolation Of A Football Free Saturday →