" … if you're a supporter of a club, you have to be, through thick, thin, laughter, smiles and tears" – Bob Wilson
114 Comments 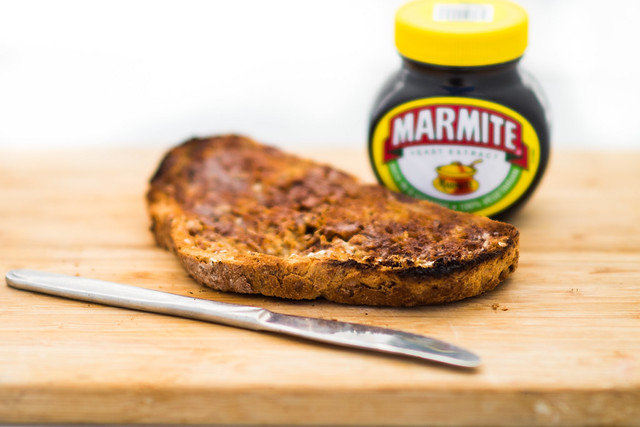 I’m in a dilemma this morning. Not the classic Marmite or marmalade dilemma – that was resolved many years ago when I realised that one can simply have both. Not at the same time you understand, I’m not an animal. News from across the pond has reached me of an American ritual of spreading both peanut butter and jam (or jelly as they prefer to call it) upon the same sheet of white sliced but I think we ought to draw a veil over such heathen practises and focus on the football.

It is in fact a football related dilemma to which I refer in my opening salvo this morning. As I lay in my bath, prodding my rubber duck with an idle toe and waiting for my butler to deliver the cup that cheers, I cogitated upon the relative merits of the various teams in the Premier League and how we like to grade or distinguish them from one another.

It is popular to regard the likes of West Bromwich Albion, Hull City or today’s opponents Crystal Palace, to pluck three entirely random examples from the ether, as lesser sides. We use terminology such as weaker and lower, even beatable, sometimes eminently beatable.

While it is unquestionably true that the league table is an infallible barometer for separating sides into the upper tier and the also rans, I wondered as I toyed with my little plastic waterfowl, at the way we segregate teams and whether such distinctions have any real merit. You see, even though, in the beloved if hackneyed phrase, the table never lies, it is really only a transitory measure. Compare Chelsea and Leicester from last season to this. Even in the former’s season horribilis and the latter’s miracle year you wouldn’t have described Chelsea as a lower, or lesser team and Leicester as one of the top crop. Why? Prejudice maybe, snobbery, an habitual approach to different sides?

I would argue that Crystal Palace’s result against the league leaders, and West Brom’s against our own brave boys are not cases of lesser teams winning where they ought to be beaten. We need not to think of other sides in terms of greatness or lack of it but in terms of consistency. All the clubs in the top flight owe their place to merit or to wealth. On any given day any side can triumph over any other. It is consistency that separates the teams not ability.

Think like this and you lose that sense of amazed distraction when Southampton put four past us or Swansea beat us at home. Because a side is less consistent than us doesn’t give us an automatic right to assume we’ll meet them on one of their off days. The chance may be greater but that is all.

So today we face one of the less consistent sides in the league. Given their undoubted ability to beat a top team, just ask Antonio Conte if you don’t believe me, we ought to be cautious in making any wild predictions of a comfortable victory. Please don’t misunderstand me; I am optimistic, positive and confident in my outlook. This stems not from a false perception of the inability of our opponents but rather from the consistency of our greatest ever manager in defying the odds, shaming the nay sayers, and achieving a top four finish year after year after year.

This may be as difficult a season in which to repeat this feat as any he has encountered. It was always going to be so given the strength, wealth and number of teams vying for those hallowed finishing positions. At least two clubs with genuine ambitions for a European place will miss out, and we are far from the driving seat. There are currently five teams more consistent than us and we will have to build on the draw with City, and the hard won points against West Ham to overhaul any of them.

Come eight o’clock this evening Selhurst Park will be a seething cauldron of passionate partisan support and we will need cool, calm heads to quieten the home crowd and take the wind out of the home team. Arsène Wenger has assembled a group of players with the resolve to resist and the guile to overcome but they have no right to victory no matter how inconsistent their opposition may be.

I believe that for all the trophies, the unbeaten season, the famous teams he has built  and individuals he has discovered or nurtured, Arsène’s greatest achievement has been the consistency he has managed to achieve. I know there are no medals for it, no cup to place in a glass fronted cabinet, but it is, I think, the hardest thing of all to accomplish and therefore the one for which he ought to receive most praise.

I have to get out and paint my trellis so I’ll leave you with this brief missive and wish you a safe journey if you’re lucky enough to be at the match tonight. For everyone else I’ll see you here at eight.

← Arsenal: The Green Shoots of April
A Death At The Palace. →

114 comments on “Arsenal Versus Palace: Pass The Soap Please Jeeves”