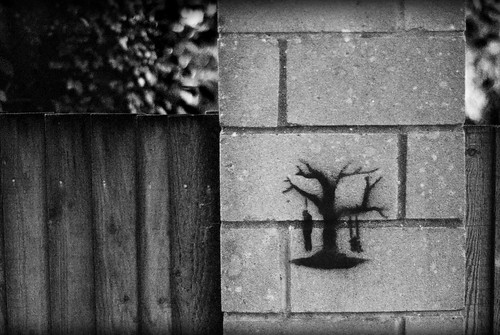 So we go again. As the old cliché has it having fallen from a bicycle the best thing to do is leap back into the saddle and start pedalling. I’ve always taken a different approach where cycling mishap is concerned preferring to fling the painful contraption into the shed and sulk for a couple of weeks while I wait for the swelling to go down.

Arsène is quoted as saying that in his opinion it is crucial in the aftermath of defeat not to lose the following game. He says the effect on the confidence of a group of players can easily lead to a third consecutive loss and then a catastrophic slide in form. It might be seen as unfortunate therefore that we face the league leaders and clear title favourites away from home today in that very, not to be lost at all costs, follow up match. Couldn’t fate have given us an easier fixture? Watford at home perhaps?

The poet teaches us that for every action there is an opposite and equal reaction, that which goes up must come down, and it’s a funny old game. In this spirit of contradistinction might I tentatively suggest that playing what is in the common vernacular referred to as a six pointer might in fact be the best thing for us?

If our team has aspirations to achieve the very summit of its ambition then poking the champion’s elect sharply in the eye just when we appear to be flat out on the mat is precisely the tonic any self respecting doctor would order. What better way to bounce back and say yar boo sucks to the baying crowd of doubters and detractors?

Of course I would say that. Being no more than an armchair fan I see things in simple monochromatic terms and so defeat to The Hornets is solved at a stroke with victory at Chelsea. In fact even with my poor grasp of the mathematics I’d say that would still put us a point down on where we ought to be. Given, that is, if we’re being honest, most of us would have taken a win on Tuesday and a draw today.

Arsène Wenger, wily old campaigner that he is, hasn’t the luxury of such amateur knee jerk thinking. He plays the long game, focussing always on the next fixture while his great mind simultaneously plans for the season as a whole and the future of his club for years to come. Note that he didn’t say it is vital to win the game which follows a defeat. Merely that it is important not to lose. He is all about stabilising the rocking vessel and getting the thing back on its charted course. The only time the season was won or lost in a single game, at least in my memory, was at Anfield in ’89. Otherwise the title has always been a long war of attrition.

Having said all that I was unnaturally affected by the defeat this week. I suspect that with the depressing state of the world today, the probability of war, the fact of the victory of the forces of darkness within the liberal democracies, I use football as an escape from the depths, the daily dread with which I live. This is of course a ridiculous thing to do but there we are. I hope for a couple of hours of freedom from pessimism and gloom, a chance to pretend that a game is actually sufficiently important to distract me and maybe even cheer me up.

So when my team engages in the most abject first half of wayward, suicidal incompetence as I’ve seen on a football pitch in many years I experience sensations strangely similar to those of the cyclist previously alluded to who finds himself unexpectedly detached from his machine. The heroics of the second half were not quite enough and my ninety minutes of reality avoidance crashed around my ears, which, to stretch the metaphor to breaking point, haven’t stopped ringing since.

Of course I shouldn’t berate myself for using sport as escapism. Surely this is one of its central functions. Didn’t those poor benighted souls climb from the trenches during the unofficial Christmas truce of 1914 and enjoy a kick about in no man’s land? Then just like us once the game was over they returned to taking pot shots at one another.

The problem is, in days like these, when I find myself getting my knickers in a twist over a simple game of football I can’t shake the image of the band on the deck of the Titanic. I feel like Percy Cornelius Taylor agonising over a bum note as the icy water lapped against the end pin of his cello.

I am, I suppose, merely human and as fickle and two faced as every other member of that species. Win today and you’ll probably see me strolling down the side of the A367 with my hat worn at a jaunty angle and whistling a merry tune. Impending and present environmental and political disasters entirely forgotten for the moment as I bask in the vicarious pleasure of a victory I have neither earned nor from which shall I profit.