Arsenal Versus Everton: Crunching The Numbers 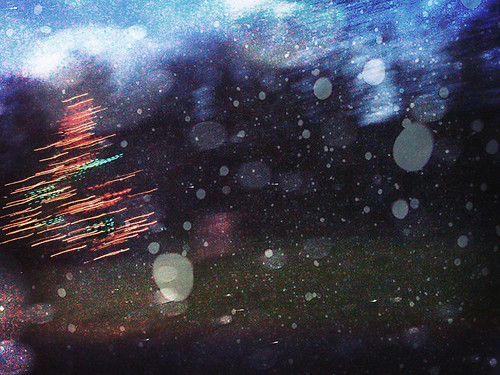 One of the things I dislike most about the Christmas period is that there is far too much football compressed into too little time. It distorts the balance of the race for the title which otherwise has a pleasantly steady momentum. Would the world of athletics stand for it if Mo Farrah, 4,000 metres into a 10,000 metre race, was suddenly expected to negotiate a Takeshi’s Castle obstacle course with a big rubber mallet swinging across the track as he clambered over giant foam doughnuts? I doubt it. Yet we have a similarly ludicrous pile up of matches at a time when the weather and pitches are at their worst and just when everyone would benefit from a little rest.

However we can at least content ourselves that it is only at Christmas, can’t we? Well you’d hope so, but here I am attempting to bash out yet another blog only a couple of days after Andy’s match review of the Stoke match. We seem to be playing every few days even in the build up to the madness of the festive fixture feck up and I fear for the hamstrings and Achilles tendons of all our players as they get twanged like over tightened bow strings.

Tonight the opposition is provided by Everton who showed great early promise under Ronald Koeman this season. That bubble of positivity has burst like an unsightly pimple of late with only one win in their last six matches. Taken over the previous ten fixtures their results have sent them to second from bottom, above only Hull City at the grubby end of the form table. We in sharp contrast sit second only to Chelsea in the rarefied air at that table’s summit.

So a foregone conclusion then? If our resident statistical number cruncher is to be believed then the answer must be yes. After all  Shotta pointed out yesterday “AFC is pounding those mid and lower level teams who they are expected to beat instead of dropping points as they did last year”. However, and as I keep pointing out, Positively Arsenal is a broad church and for every fan who hugs the comfort pillow of unbiased data to their heaving bosom there is a superstitious nitwit terrified that the wind might change at any moment.

I fall somewhere between the two stools. Yes the scorelines make satisfactory reading and yes there have been some scintillating moments of pure Arsène Wenger inspired footballing elegance. Success in sport hangs by such slender threads though and should one snap at just the wrong moment we might find ourselves in a much less cosy situation.

In a parallel universe Peter Crouch’s header beats Cech at his near post and the entire complexion of Saturday’s game changes. The ultimate scoreline may look convincing but each match has moments of unpredictability upon which the equilibrium of the apple cart must rest.

I am of course falling into a trap here. One which I decry others for not anticipating and I therefore hold up my hands. I’ve read, for example, that had Cavani not missed the target with such aplomb Paris Saint-Germain would have beaten us comfortably. Our Champion’s League group stage success was, therefore, no more than chimerical and misleading manifestation of good fortune. In short do not read too much into good results as they are structures built on shifting sands.

This is, I’m sorry to say, baloney. The problem with such counterfactual thinking is that we cherry pick the moments we want to change in order to suit or predetermined narrative.

So Peter Crouch scores and it’s 2 – 2. Does that automatically mean the game ends in a draw? Or do we go chasing the winner leave ourselves open at the back and concede to a counter attack? Why only change the story so that particular near miss goes in? Why not bend Alexis’s shot slightly to the right so he scores instead of missing? Why not have their keeper slip and not save one of Theo’s many efforts? I do not hold with any of this ‘a better team would have punished us’ nonsense. Alter one variable and you had just as well alter them all.

History tells us unbeaten runs like winning and losing streaks come to an end. All that matters to us is how the team responds when this happens. Since Southampton interrupted our unbeaten sequence we’ve won every game, scoring twelve goals and only conceding three. No one could ask any more of the players than that. If you cannot be delighted with such a response to disappointment and be filled with excitement at the prospect of more to come then football may not be for you.

One thing all fans do enjoy is a good statistic or two. Thanks to those diligent folk at Everton Results I have discovered that we are the Toffee’s least favourite opponents. No one has spanked them which such regularity in their entire history and in recent times they have only beaten us once in nineteen matches. The most worrying stat in an exhaustive list which must have taken some work to compile is that Everton have never lost a home game played on December 13th.

All right so maybe that doesn’t prove much but I do have a genuine word of caution to the Gung-ho reader. While Everton’s recent results make uncomfortable reading for them, closer examination reveals that it is away from Goodison where they struggle. They may have lost their last four games on the road but at home, excepting an EFL Cup defeat, they remain unbeaten all season.

So, in conclusion, having weighed up the cold, emotionless, Terminator style data and stirred in some curious and tenuous statistics, seasoned with a dash of counterfactual revisionism I conclude that I have no idea what’s going to happen tonight. The question the boys must answer is can they do it on a wet cold night on Merseyside? I don’t see why not, but I don’t expect it to be easy.

If you’re travelling all the way up there then good luck to you, I shall be watching surrounded by snotty tissues amid the steaming fug of Beecham’s Cold and Flu remedy all the time giving off gales of the great smell of Vic’s. So while the journey north may be arduous it will be infinitely preferable to sharing the couch with me.

← Gooners: Trust The Unbiased Data, Not The Mainstream Media
Arsenal: Bound upon a wheel of Fire →

132 comments on “Arsenal Versus Everton: Crunching The Numbers”