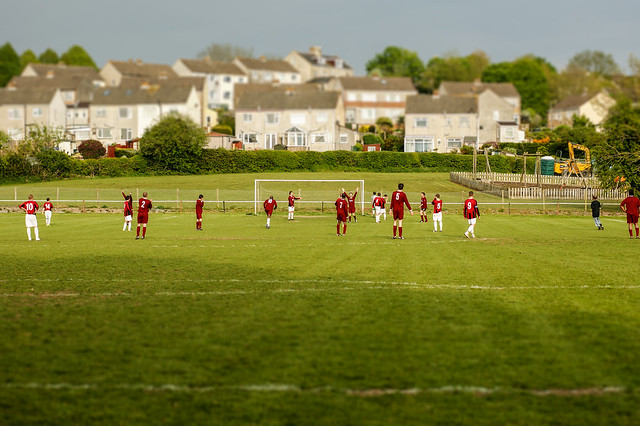 I bumped into Warren on Thursday, I was haggling in a camera shop, he was mooching about town with his daughter. We haven’t seen much of each other lately so we pressed pause in our respective schedules and brought one another up to date. As with most people in these circumstances it wasn’t long before the conversation strayed to that mutually agreeable safe ground of football. I suggested that the next time his team were playing and it was on one of the channels I have available on the old flat screen I should negotiate with she who must be grovelled to and fawned upon for the use of the front room, and he might care to join me.

Taking me by the elbow, he pointed out gently, with the solicitude usually reserved for guiding an elderly psychiatric patient back into the grounds of the home, that the next time his team was playing was in fact on Monday night. Against my team. Warren is, you see, a Liverpool supporter and I hadn’t looked to see when our next fixture was nor who we would be playing. I’ve never been particularly good at keeping up with current events and in my present befuddled state I confess this particular penny had entirely failed to drop.

A silence, gravid with unspoken meaning passed slowly and of course silently between us. Perhaps, we agreed, Monday might not be the best night. Could either of us really enjoy the game knowing the other was fervently determined that our side must fail? Could I glance upon my house guest with a benevolent eye knowing he wished disaster upon the Arsenal defence? Would he not struggle to maintain his own sangfroid in the face of my similarly hostile attitude towards his team? We parted best of friends as ever we were, him debonair and elegant, me shambling and dishevelled, but the brief encounter had set me thinking.

Was it ever thus? Before the days of the internet and especially blogs like this and social media like twitter, were we quite so fractured so determinedly tribal? I don’t think so. I used to go to the boozer to watch the match whether it be against Man U, Spurs, Chelsea or whoever and mingle freely with supporters from those clubs both friends and complete strangers. There were good humoured exchanges, legs were pulled, piss was taken and we all had a few bevvies after the game, no harm no foul.

Nowadays I wouldn’t dream of watching a match in public for fear of meeting the wrong kind of Arsenal fans never mind supporters of the opposition. How people sit in The Emirates with morons abusing our players and booing the team is entirely beyond my failing imagination. Please don’t conclude for a moment that I didn’t care back in those halcyon days, that defeat didn’t eat my insides and that the sight of Man United beating us didn’t make me want to eat glass. If anything I was even worse after a defeat then than now. But this particular divisive factionalism didn’t exist. I recall going to a flat shared by two Spurs supporting mates to watch a league cup match between our two teams and we all had a great night. Even them. And of course they lost. But not any more. It seems we have become so split, so utterly divided and so closed to the naysayers or those we deem antithetical to our way of supporting that we’ve lost the genuine community which once held football fans together.

Or perhaps it’s just me.

I don’t think so though. When I look at all the different blogs and their varied viewpoints, and I’m restricting this to just Arsenal fan sites, I am reminded powerfully of the Monty Python film The Life Of Brian.

Brian: Excuse me. Are you the Judean People’s Front?

And so on. Before long I shouldn’t be surprised if I end up like the Popular Front, sat on my own with everyone else yelling ‘splitter’ at me as I write a blog to myself which only I read. But until that day comes I shall write it for both you and me and we can huddle together in the comment section looking suspiciously over our shoulders.

The blog has been late coming today in an effort to match the lateness of the kick off. About two days late if you ask me. Bloody silly time to play a football match but I dare say we’ll cope. A lunch time kick off for some of you depending on the time zone but a workday too so a mixed blessing – what you gain on the swings and all that. Anyway back to Warren.

When we left him he was outside Jessops contemplating tonight’s fixture. He proclaimed himself very nervous about the game, and that was about a hundred and three hours before kick off. We’re a bloody strange bunch us football fans aren’t we? Why the apprehension? I enquired. Liverpool are a pretty good team, they’ve enjoyed a winning start to the season and haven’t conceded a goal in their first two games. I’d have thought he would be brimming with confidence. When I put this to him he just smiled and pointed out that he was nervous because Liverpool would be facing, in his words, a very good team.

It’s always interesting to discover how other people see us isn’t it? It’s why Bill Bryson’s Notes From A Small Island is such a compelling read for us Brits. Someone who has taken us to his bosom shines a light on our strange ways and makes us see ourselves from a different angle. Because my social circle has become so narrow in recent years and my football circle even narrower I didn’t realise that opposition teams and fans might not quite relish a trip to the Emirates. That sides as successful and free spending as Liverpool have been over the years might experience a frisson of self doubt when they see our name on the fixture list. It’s probably because there are so many defeatist, negative, weak willed, cowardly or just jaundiced Arsenal fans surrounding our little bastion of calm and common sense, all backed up and supported by an Arsenal hating media that I’ve come to assume the prevailing mood in the country is that we’re no good. Far from it.

I don’t know about you but I’m emboldened by the knowledge that, with the possible exception of Swansea, no one really looks forward to playing us and that’s probably because they know that on our day we can take anyone on and, potentially, take anyone apart. We just need to be on our day more often and that feeling will surely grow. When opposition teams tip over that invisible edge from knowing we’re a good side into assuming we’ll probably beat them then our work is half done. We’ve experienced this a few times in our past and I believe it’s time to get it back. Of course we will only do that by winning some games. We held on against Palace which is a start but it would be far more useful to end Liverpool’s solid start tonight, break poor Warren’s heart and enjoy the kind of solidarity across the Arsenal fan base which only a win against a top six rival can bring.

I think we can do it, heck, I know we can do it. Liverpool are a much better team than we often give them credit for and Brendan Rodgers has done a far better job than we like to admit, but we have a squad which blends invention and tenacity, youth and experience into what I believe can be the perfect balance. The engine didn’t start against West Ham and may not have run perfectly smoothly at Palace but it’s still a beautiful machine. In many ways it doesn’t feel as if the season has really started properly yet, tonight could be the perfect time to kick it off.

← Football’s Habituation Principle
Reality Leaves A Lot To The Imagination* →