" … if you're a supporter of a club, you have to be, through thick, thin, laughter, smiles and tears" – Bob Wilson
127 Comments 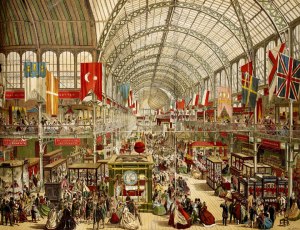 The other day our good friend Bradyesque7 was musing upon the whole theme of racism, generalisations, football fandom and other such pertinent matters arising from the news of the day. Has his finger right up on the pulse of the Zeitgeist that lad and it’s a good job too because for yours truly the outside world seems to shimmy past the conservatory window like the mirage scene from Ice Cold In Alex. I wouldn’t have known about the hoo-ha on the Paris Metro at all if informed folk like him didn’t share their thoughts online and I certainly wouldn’t have had my own mental drink spiked without the provocative nature of his subsequent ramblings.

You see what bothered him most was this. If he suggests that all Chelsea fans are bigoted oafs with the mental acuity of a dried yellow split pea then isn’t he in a way committing a similar lapse of good sense and good taste as that performed daily by your average racist? It is the sweeping generalisations embraced by the intolerant that lies at the heart of their folly and so to counter such spiteful tomfoolery with generalisations of our own is surely an illogical and counter productive approach. I happen to despise all people who generalise ( they’re all the same aren’t they ?) and so I had to agree with his argument.

This whole thing got me thinking. Nationalism being the mother of racism and tribalism being the father of nationalism doesn’t Mr Bradyesque’s argument apply equally to this whole football supporting thing in which you and I like to indulge? Why do we curl the lip and pinch the nostrils at the sight of a Stoke shirt regardless of the content of the character of the fellow within it? Why does my wife have to restrain me from yelling at children as they frolic in our local park merely because one sports a Chelsea shirt the other a Manchester one? What is this seething distaste we all feel for Bristol City if it does not stem from the same tribalistic rivalry that has driven men and women to do such odious, unspeakable things to one another in the name of cause or country, land or creed ever since, well, since ever, I suppose?

The problem is that without the feverish support for ‘our own’, without the blinkered refusal to accept that we have just as many numpties as Chelsea do and just as many plastics as Man United I wonder if we wouldn’t struggle to make ourselves care quite as much. And if we didn’t care quite as much then the whole jumper of our football support would start to unravel and we’d be left naked at the conference table. Not a happy thought. So I’ll tell you what let’s carry on pretending that all things Arsenal are better than all things pertaining to any other club and get on with today’s game shall we? I think it’ll just work better that way.

The Crystal Palace was a giant greenhouse designed by the son of a farmer and erected in Hyde Park not to grow rubber plants as you might presume but for use as an exhibition hall. Cast plate glass may not raise an eyebrow these days but back in the middle of the nineteenth century people went boggly eyed at the sight of the place. What you may not know is that after they’d finished exhibiting in it they took the whole thing down, carted it to Penge and then told the poor bloody workmen to put it all back up again.

Despite being made of glass and iron the entire edifice somehow managed to burn down eighty years later, but the name lives on in The Crystal Palace National Sports Centre and in Crystal Palace FC, our hosts today. I’ve never seen the football team play but I did once attend the National Karate Championships at the aforementioned Sports Centre and won my fight because the other bloke hit me too hard – hey a win is a win, right? 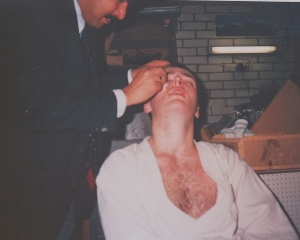 Our brave boys will be travelling a little farther south of the Crystal Palace Park today to Selhurst Park which is according to Arsène an “old fashioned stadium with a soul” which is a fair acknowledgement that modern stadia, whilst things of beauty, majesty and grandeur often lack the magic ingredient of a Twerton or Ninian Park. After Christmas Palace enjoyed a run of six unbeaten games until they lost at home to Everton since when they’ve won one drawn one lost one so it’s fair to say you can’t really guess what kind of form they’re in. Anyway who cares? It’s Arsenal we care about and we looked pretty delicious in our last game didn’t we?

Remember what we were told about ‘Boro before the match not the way they were written off after it. This was a tough, tight, in form, up together team who destroyed the Champions in their back yard in the previous round of the FA Cup and we made them look like training ground mannequins at times. The movement, the passing were both top drawer and as for Larry’s finishing, well. That boy is a top class player even when he doesn’t score, he brings so much to the team, but when he produces a finish like he did for his second or rounds off the consummate team goal like he did for the first he takes your breath away. While we’re talking about the second goal, all credit to Alexis for his quick thinking at the corner. He was on the same wavelength as our sultry French bruiser and had the ability to drop the ball into the perfect pocket of air for that cultured left side-foot to guide it home.

However, as good as our goalscorer was, as busy as Sanchez was, as good a début as Martin Keown’s ugly love child enjoyed it was the two best midfielders in the Premier League who really caught the eye. Honestly I would pay to watch Santi Cazorla and Mesut Özil unblock my outside cludgie at the moment, and no one has dared venture out there since the incident of mother-in-law and the Christmas pudding. We tend not to bother with tactics here on Positively Arsenal, there are after all many people better qualified, but you wouldn’t be human if you didn’t ponder just how the midfield jigsaw in our squad would possibly fit together if they all passed muster with the team doctor. The answer is I suppose that there are many variations and the manager can put it together any damn way he pleases. But the way we played the other day with Santi (nominally) deep and central and Mesut (nominally) farther forward and central is just a joy to behold. Stick any one of our three more defensively minded mids behind them and a couple of speed merchants either side and with Larry on point you have a frightening prospect for any opposition team.

The only thing that can cause the wheels to come off is if a side keeps and passes the ball really really well and attacks with such intensity that we just can’t get hold of the thing – credit where it’s due the team from Middlesex did precisely that the other week. They were of course in very good form and lest we forget had the Second Coming of The Son Of God in their team so we never stood a chance really. As far as I know Alan Pardew doesn’t have any specific divine connections and if we can move the ball around like Liverpool did against Palace in the Cup then we ought to be OK today.

In other news little Jack’s back and not before time. I think he can do a similar job to either Santi or Mesut and as such could give either a break to ensure they stay nice and fresh for the run in. Can we talk about runs in yet? Too early? OK maybe after next week but it’s looking like a pretty exciting time ahead as the season approaches its denouement with lots still to play for and plenty of clubs still with their dogs in the fight. A good performance today please and if we can grab three points as well then that’d be even better. But just remember, if we do lose then not every member of the WOB who rushes to judgement on social media is necessarily an annoying, spineless idiot with the wit and charm of a toenail clipping. Some of them may have marginally less charm than that, after all, as our good friend Ro has taught us, not everyone is the same.

127 comments on “People In Glass Houses”