" … if you're a supporter of a club, you have to be, through thick, thin, laughter, smiles and tears" – Bob Wilson
543 Comments 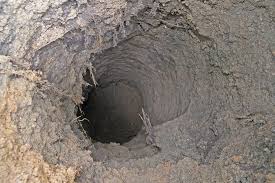 Yesterday’s horror show at Anfield has brought out all the usual media clichés, memes and tropes about Arsenal Football Club. No fight, no leadership, no spirit, no heart, etc.

As readers are familiar, conventional ideas based on feelings and opinions have no appeal to me. There is need to identify the real objective reasons for this sub-standard performance and support real solutions rather than engage in hyperbole and vitriol. That is if we truly care for the club, rather than our own egos.

Arsene Wenger in the post game presser expressed his dissatisfaction with the performance:

“I think from the first to the last minute we were not at the level requested for such a game and not physically, not technically, not mentally were we at the level and we were punished and that’s basically it. You can of course analyse the chances we gave away, but I just think overall that the performance was not at the requested level.”

But he was careful not to offer his opinion as to why it was substandard:

“That’s a question that is very difficult to answer straight away after the game and there are some reasons, but I don’t think I have too much to come out on that now.”

We as fans are entitled to our own opinion. Many have been quick to suggest there was lack of commitment by want-away players prior to the close of the transfer window. Those of us who witnessed a very lackadaisical performance by Samir Nasri in his final game for the club prior to his Manchester City transfer have good reason to believe it is déjà vu all over again.

While there may be truth about lack of commitment by some team members, I am more concerned about how easily we were outplayed in midfield. Possession statistics are very misleading having Liverpool and Arsenal at 49% and 51% respectively. While Arsenal apparently had superiority, most telling was AFC’s inability to turn possession into goal-scoring opportunities. The data makes horrible reading. Liverpool had 18 shots on goal with 8 on target. In comparison Arsenal had 10 shots on goal, nearly 50% less, but zero on target. Watching the game it was obvious Arsenal’s midfielders were easily pressured and did not have the ability to retain possession or make forward passes into dangerous areas where the forwards could make good shots thus forcing the clearly skittish Kaius to make saves.

In contrast they concluded Arsenal had “no strengths.”   (Brutal.)

Compare this to the similar fixture last year, Sunday, August 14th, at the Emirates when Arsenal lost 3:4 and the same analytics indicated Arsenal’s strengths as:

Those with vibrant memories will recall Arsenal was playing poorly that day. The club was down 1:3 at the 61st minute mark when a certain little Spanish magician entered the fray and from his deep-lying midfield position helped retrieve some honor from a bleak position. It even worsened to 1:4 but Santi helped to stem the tide and bring it to a respectable 3:4 final score.

With Santi starting every game from then onward to October, when he finally succumbed to his current long term injury, Arsenal was an unbeatable force. I have kept banging the point since then. Arsenal’s midfield has a big giant hole, and needs a deep-lying playmaker to make the system work. This is a technically based team that needs technically accomplished players, especially in midfield, to play according to its DNA.

Based on EPL data, the brutal fact is, collectively Arsenal’s current crop of midfielders are arguably of inferior standard when compared to its main EPL rivals. I used data from Whoscored to compare like with like. For midfielders returning to their current teams I compared their 2016-17 data for Goals, Assists and overall Average Rating. By the way Whoscored classifies players like Alexis and Walcott as midfielders when in my opinion they are primarily wide forwards. In these cases and for similar players from other clubs they are excluded from the analysis. Similarly players classified as defenders but who played primarily as defensive midfielders, e.g. Emre Can, I include them in the analysis.

The data makes somber reading for all gooners. Among the top-6, of the returning midfielders from 2016-17 Arsenal is dead last in goals-scored  and second from last in assists. Top of the list is Liverpool and hopefully the data should shut up the screaming imbeciles who think they are chopped liver.

What most concerns me is that although Wenger has bought quality players in Lacazette and Kolosinac to improve the forward-line and defense repectively, unlike his main rivals he has been unable to sign a top-top midfielder. Liverpool has brought Salah as an AM and he was rated 7.48 in the Scudetto, United has bought Matic who had a 7.01 overall rating at Chelsea last year, City has bought Silva who had a 7.29 rating in Ligue Une and Chelsea bought Bakayoko who brings a 7.27 overall rating from Monaco.

I am not arguing that any of these new players will suddenly become world class at their new clubs but they are clearly making an effort to strengthen with at least 7/10 players. Apart from Ozil, all other midfielders at Arsenal were less than 7/10 last year. This I would suggest is the root of Arsenal’s current midfield woes.

In my last blog I argued Arsenal will challenge based on the consistency of the club and its manager over the past 21 years and the evident efforts to strengthen the squad this season. The emotional outpouring of wailing and gnashing of teeth after the Liverpool defeat strengthens my contrarian conviction. There was a similar outpouring last year and the margin of defeat was far less. The data leads me to the conclusion that the manager knows where the weakness lie and will use the last days of the transfer window to try find a fix.

PS: I must take a temporary leave of absence from blogging to take care of some pressing issues. Hoping to return after the international break.