" … if you're a supporter of a club, you have to be, through thick, thin, laughter, smiles and tears" – Bob Wilson
138 Comments

Posted by pedantic George @arseblagger on July 6, 2017 in All Posts 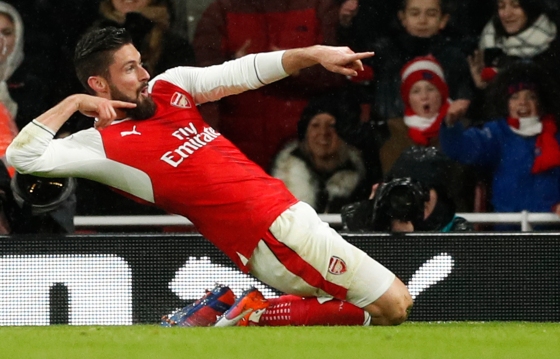 Everyone, stop the press.

Our most hated manager has finally dipped way down into those deep, deep pockets, battled past the moth hordes and opened the war chest of squillions to purchase a player who is going to win us, well, everything.

It’s bold move, a real statement and one that will hopefully give the squad that outlet for the weekly goal-a-thon we all pine for, especially against Huddersfield.

Lacazette score an impressive 27 goals last season in the French league. The season before he netted 21 and prior to that in 2014/15, he put away another 27. That is some impressive striking, French league or not.

I’m excited. You’re excited, we’re all excited. We might win something….again!  Ozil might find an outlet for the 98 ( yes ninety eight ) chances he created last season in the league. The potential is great. It’s the player that we have needed, he’s the keymaster, the one to unlock all the doors and turn our library into a performance theater.

But what if he doesn’t?

As exciting as it may be, we have to keep our feet on the ground. We have a quality squad and Lacazette is a handsome addition; an exciting prospect of great potential. But in reality, Arsenal have just spent £50 million on potential.

That’s a lot of money to invest in something that might not work.  Then what? What do we do if it doesn’t?

Well, we have Giroud.

You may scoff at that. Lacazette is far better than Giroud, he scores more goals and cost more money.

Yes he did and yes he does. But please be a little more savvy, oh connoisseurs en football.

Olivier was a steal of a purchase in a transfer market that Arsenal have inevitably had to link arms and play along with – played perfectly in a wonder deal by Wenger. You only need to look at the beautiful man’s form for France as explanation. In 67 games he’s netted 27 times. Over a period of 6 years.

Lacazette has netted once in 11. Over a period of 4 years. World class striker?

And let’s not gloss over last season statistics either. Believe it or not, Giroud was actually comparable to Lacazette in all match statistics bar one – His time on the pitch.

You see for Giroud’s 1,209 minutes strolling the turf, he managed statistics that fall very close to Lacazette’s tallies, but the important factor that we must bear in mind is this:

He’s not as quick.

No wonder he has better statistics, he had more opportunity.

Sure, Giroud doesn’t appear to be as good a finisher, but his footballing prowess is comparable. Different, but comparable.

The question is,  is Lacazette  better than Giroud ?

Giroud offers elements to the game that Lacazette doesn’t and vice versa. He just didn’t cost a ridiculous sum, and if Giroud does leave the mighty Arsenal he will be missed. Not just for his chiseled beauty of course, but for his part in some of the finest footballing moments we have witnessed in the Premier League in recent years if not history.

In no way has he received enough credit.

The goal against Norwich. The scorpion. The FA Cup. The other FA Cup and the last FA Cup and all those near post touches to mention but a few moments of splendor.

Giroud has been class when you actually look at what he does.